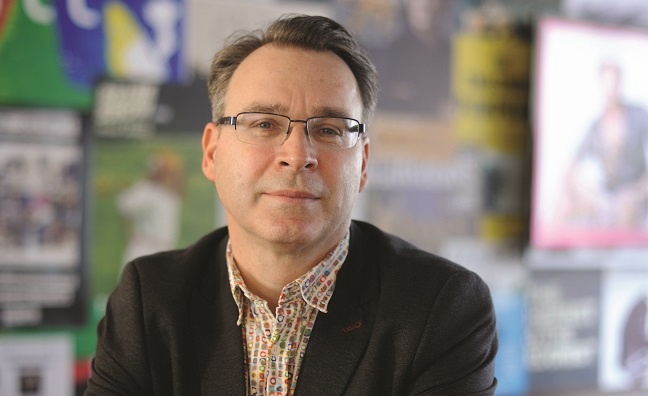 In a guest post, Alistair Norbury, president, repertoire & marketing at BMG UK, reveals how the company came up with this year’s UK Eurovision entry from James Newman – and his hopes for a revival of Britain’s fortunes in the contest…

It’s one of the great mysteries of pop music.

For 364 days of the year, people in the 41 Eurovision competing countries choose to listen to UK music more than that from any other territory bar the US (which of course does not compete in Eurovision).

On the 365th day, however, the day of the Eurovision Song Contest itself, in recent years they have dropped British music like a hot brick and barely given it a showing.

There are endless theories why this is so, most of them out of our hands. What we can do is ensure we give ourselves the best possible shot with the best song, recording, artist and performance we can find.

We think we have cracked that one at least.

Having been commissioned by the BBC and BBC Studios to select this year’s UK entry, we did not – contrary to what many expected – restrict our search to BMG songwriters, but targeted the best UK songwriters from across the industry, regardless of whether we represented them or not.

BMG has a strong track record in Eurovision, representing two recent winners, The Family songwriting team who wrote the winning Swedish entry Heroes performed by Mans Zelmerlow in 2015 and Netta who won for Israel in 2018. We have drawn on all our expertise to choose this year’s UK entry.

With a close eye on the fact that virtually every hit song these days is a team effort, we focused on putting together the best possible team, and organised songwriting sessions in the UK and US to help us get the best possible song and performer.

Naturally we also needed a performer to sing the song and James Newman quickly emerged as a great contemporary voice.

We set up a few song-writing camps with James but the real breakthrough came when he and his co-writers went to Scotland and came back with My Last Breath. The finished song finally popped into my inbox on January 20. Myself, music publisher Lisa Cullington and A&R man Jamie Nelson gathered around the loudspeakers. No doubt about it. It was The One. Our partners at the BBC agreed. We hope you like the results.

Naturally some people have complained that for the first time in five years the public has not had the choice of choosing our Eurovision contender. I understand the point, but it was time for a change. Don’t forget this year will also see the Euro 2020 football tournament, but no one is suggesting the Wales team should ditch Ryan Giggs or England drop Gareth Southgate in favour of a public vote. Or at least not yet!

We approach this year’s contest with confidence, but also humility. We are all too aware that we follow in the footsteps of others who also tried their hardest.

There are no guarantees in pop music. The most important thing is to deliver an entry of which the whole country can be proud and try and lift ourselves off the bottom of the scorecard.

I can honestly say we have ended up with one of the best songs I’ve ever worked on.