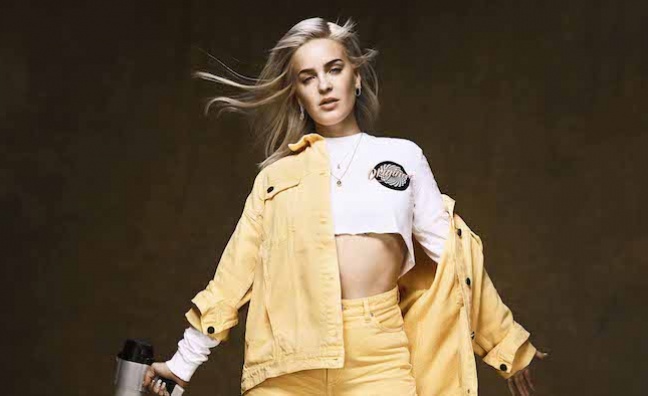 We’re at the all-important Q4 stage of the year for labels and retailers - but have the biggest sellers of the year already been decided?

Based on figures up to the end of Q3, Drake and The Greatest Showman have come out on top in singles and albums sales, according to the Official Charts Company. As the industry enters the final three months of 2018, the latest numbers are a key indicator of who might end up with some of the year’s biggest sellers.

The Q3 figures show a strong performance by Anne-Marie, who is on course for the biggest debut album of the year. Atlantic's campaign for Speak Your Mind has secured sales to date of 124,000.

But there remains a worrying lack of UK breakthrough acts - at least on the traditional measure of album sales. The next biggest debut is by Cuban-US artist Camila Cabello, who’s at No. 22.

The Greatest Showman is the biggest album of the year so far, moving 1.2m across all formats. The cast recording from the hit film has logged 21 weeks at No. 1 to date and seen off challenges from Cabello, Snow Patrol, Kanye West, James Bay and Manic Street Preachers. A new sing-a-long edition is set to give it a Q4 boost.

Breaking down The Greatest Showman’s total sales, 46% is physical CD and vinyl sales, while 34% is streaming and 19% is from downloads.

George Ezra is currently the biggest UK album artist of the year. His sophomore LP Staying At Tamara’s is at No.2 overall following 26 weeks inside the Top 10. It has sales to date of 435,000.

In singles sales, Drake is inevitably out in front with God’s Plan, which was No.1 for nine weeks. It has shifted 1.46 million units across downloads, audio and video streaming. Nice For What, Drake’s second No.1 of 2018, also makes the Top 10 at No. 6 (1.06m sales).

But Calvin Harris & Dua Lipa’s One Kiss is chasing God’s Plan. The track spent eight weeks at the summit and has combined sales of 1.39m.

Rudimental’s These Days feat. Macklemore, Jess Glynne and Dan Caplen has topped 1.25m combined sales and is 2018’s third biggest song so far. It also helped Glynne break a chart record for being the British female solo act with the most No.1 hit singles.

Video streams began to be counted toward the Official Chart in the most recent quarter of the year. The most streamed song on the format is Maroon 5 and Cardi B's Girls Like You, with 33m plays, which places it at No. 51 on the overall tally of the year so far.

Dua Lipa has the best-selling album by a female artist of the year so far, with her self-titled 2017 debut in seventh place (186,000).