Apple Music names Holly Humberstone as new Up Next artist 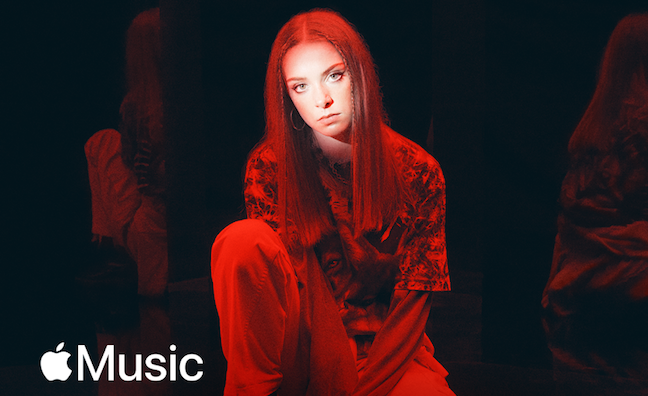 It has been revealed today that Holly Humberstone is the latest addition to Apple Music’s Up Next program, which aims to spotlight rising artists.

Born in the East-Midlands, Humberstone has been writing songs since the age of seven, and has been Shazamed in over 130 countries for her track Falling Asleep At The Wheel which entered the chart this May and has sold 28,719 according to the OCC.

“Being an Apple Up Next artist and being supported by Apple Music is so huge for me,” said Humberstone. “I feel like I’m still at an early stage in my career and just so overwhelmed with love. I’m really lucky to have such an amazing team of people backing me. I remember watching Clairo’s performance on Jimmy Kimmel over and over this time last year and thinking how amazing it was and wanting that so much for myself, and a year on I get to do all this cool shit too. Thank you so much Apple Music for letting me do all this, I’m so full of love and excited to be a part of this.”

Apple Music host, Rebecca Judd, added: “I feel like I witnessed Holly Humberstone’s career unfold right in front of me. She was one of my first ever ‘Ascending Artists’ on the show earlier on in the year when she had literally just released her first ever single.

“To see her go from strength to strength to now be Apple Music’s Up Next artist has been so beautiful to watch. Her talent and songwriting is undeniable, and the way she effortlessly writes about love and life makes her one of the most exciting artists around right now.”

Humberstone’s Up Next short was shot on iPhone 11 Pro and will be on Apple Music exclusively from today.

Other artists already named in this year’s Up Next series include Orville Peck, Benee, Don Toliver, Conan Gray and Victoria Monét. Past Up Next alumni include Billie Eilish, Sigrid, Burna Boy, Khalid and more.