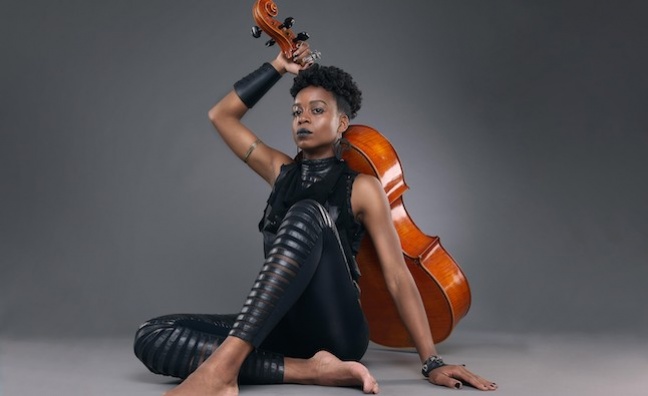 A Featured Artists Coalition (FAC) petition calling on PRS for Music to reconsider its recently announced funding cuts to PRS Foundation has accumulated more than 1,000 signatures.

Artists, songwriters and composers, including Sam Fender, Anna Calvi, Joff Oddie of Wolf Alice and Ayanna Witter-Johnson, are urging their collecting society to reverse the decision, which plans to slash the Foundation’s funding by 60% (from £2.5m to £1m) after 2024.

PRS Foundation is a leading funder of new music and talent development.

Sam Fender said: “Being given the chance to develop properly as an emerging artist makes a huge difference, and PRS Foundation’s support helps so many artists like me in all corners of the UK. So, I urge PRS to rethink and make sure enough money is available for the next generation.”

Anna Calvi said: “I have been fortunate enough to have received PRS Foundation funding in my career, which was incredibly important for me to realise my creative vision. This was in 2017, and with the current state of the industry, funding has become more important now than ever.

“To learn of the news that PRS are cutting the funding budget by 60% is really heartbreaking. It makes me concerned for the current generation of incredible talent (and ones to follow) and the drastic lack of support which they will not have the opportunity to access. PRS must reverse this decision and return to a position where they support the incredible talent our country has to offer.”

Wolf Alice’s Joff Oddie and composer Ayanna Witter-Johnson also called for the decision to be reversed.

“The Foundation’s legacy of supporting upcoming talent speaks for itself, having been instrumental to the success of countless artists from all genres and backgrounds,” said Oddie. “In 2014 Wolf Alice were given funding to go to SXSW in Texas; a trip that proved instrumental in opening up the American market for us. That same year Glass Animals, Slaves and Sophie also received funding. These cuts will have a horrific impact, and leave our brilliant, British music industry much poorer. I really hope PRS will reconsider and continue to support emerging British talent.”

“The support that PRSF grants provide are invaluable to the landscape of British music,” said Ayanna Witter-Johnson. “So many grantees have gone on to win and be nominated for the highest accolades in music worldwide which is not only great for artists but in turn all parts of the wider music industry including venues, broadcasters, streaming platforms, publishers, labels and concert halls.

“As a singer/songwriter, cellist and composer, I have been a recipient of several PRSF grants which have been instrumental in developing all areas of my creative practice which have led to my MOBO nomination, collaborating with remarkable musicians and co-writing on a Grammy award nominated release. At this particular moment in time, coming out of a pandemic where artists are rebuilding their momentum and overcoming challenges that Brexit has influenced with regards to touring, it’s incredibly important to support future talent as much as possible.

“For many years PRS’ contribution to charitable causes has been approximately 0.3% of their turnover and decreasing that amount would have devastating effects on the future of British talent. I do hope that the PRS are willing to consult their members and find a solution that sees a return to their original level of much needed investment in young artists and even increase it to 0.5% in order to grow that support in the future. Now more than ever is the time to invest in the heartbeat of the music industry - the music creator!”

PRS for Music’s £2.5m donation to the Foundation represents 0.32% of the society’s collections. The FAC said it is significantly less than equivalent donations made by PRS’ European counterparts.

French collecting society SACEM donated €32.4m for cultural and artistic projects in 2019, while GEMA in Germany donated up to 10% of its collections for social and cultural purposes. Danish collecting society, KODA, invested €9.6m in its Kultur Fund.

In a statement, PRS For Music said: "Over the past few weeks, we have heard a range of views within the music industry about the proposed reduction of PRS for Music funding to the PRS Foundation in 2024. The difficult decision to reduce the committed grant to the Foundation was made after significant analysis of the funding options, and regular discussions between
representations of the Members’ Council and the PRS Foundation. However, no solution has been found which was supported by both parties. As such we have committed to at least £1 million of funding from 2024 and to keep the issue under review.

"We welcome the feedback received and the desire to discuss the future of the Foundation and support for the wider talent pipeline. To this end, we are hosting a roundtable for key industry stakeholders and representatives of the PRS Members’ Council, the board and the executive team. The FAC have been invited to attend the Roundtable."

This shortfall has increased calls for PRS to redistribute some of the millions of pounds in unmatched “black box” royalties which the society collects, where the owner of a song or composition cannot be traced.

The FAC wants to see the revenue used to increase funding for PRS Foundation and other grassroots causes. Currently, and unless determined otherwise by the PRS Members’ Council, such “non-distributable” revenues are allocated pro-rata amongst existing writer and publisher members.

David Martin, CEO, Featured Artists Coalition, said: “Funding from the PRS Foundation has become absolutely essential for thousands of UK songwriters and artists. In the wake of Covid-19’s catastrophic impacts, as well as the wider economic situation, this is a terrible moment to be making cuts.

“There is, however, a potential solution. Rerouting some of the millions of pounds of unmatched black box revenues collected by PRS would surely provide an opportunity to actually increase the Foundation’s funding. If the PRS Members’ Council agreed this course of action, it could be one of the most significant ever investments in UK talent.”

MMF CEO Annabella Coldrick said: "PRS Members’ Council has the power to 'direct whether non-distributable revenues are used for supporting social and cultural objectives. I would urge those publisher and writer members of the Council to do just that, and commit a substantial increase in their funding of grassroots and talent development.

"Considering what the Foundation has achieved on fairly modest means, just imagine what such an injection could secure for the future of British music."