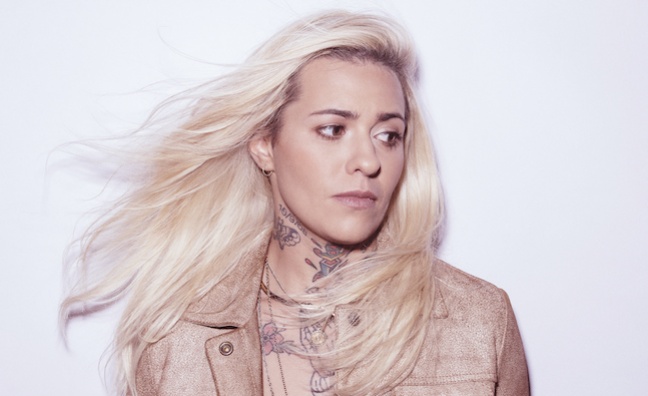 Following the return of Country To Country at the weekend after three years, there’s a renewed interest in the genre.

BBC Radio 2 again supported the festival as the broadcast partner, including extensive on-air coverage. C2C was staged at The O2 in London, 3Arena in Dublin and the Ovo Hydro in Glasgow (March 11-13). The pandemic prevented the country music celebration from taking place in 2020 and 2021.

“We’ve still been able to achieve a lot of support for country music within daytime and in our playlist,” said Radio 2 head of music Jeff Smith. “But there’s definitely a benefit to having artists being able to perform live again.”

Radio 2 Celebrates Country has shone a spotlight on the genre on air and on BBC Sounds, while Bob Harris has a new four-part series, 21st Century Country, marking 20 years of performances and interviews aired on his weekly Radio 2 show.

Morgan Wade, Priscilla Block and Tiera performed as part of the CMA’s Introducing Nashville strand on main stages at Country To Country.

“There are some exciting new artists coming through,” said Smith. “Morgan Wade’s a great example of the way things are going forward with country music, where it’s crossing over [into the mainstream].”

Radio 2 was also an early supporter of US artist Gabby Barrett, who made an impact with her 2020 debut LP Goldmine. I Hope (feat. Charlie Puth) was the 10th biggest country track on DSPs last year with 12,535,262 streams in the UK (Official Charts Company).

Smith said that a new generation of US country artists can “broaden and diversify the genre”. As well as Morgan Wade and Gabby Barrett, he cited the impact of Jimmie Allen, Kane Brown and Lil Nas X’s crossover smash Old Town Road.

“They’re making great songs but touching on new areas for country,” he said. “Lil Nas X was a key part of changing that dialogue. I was a little bit surprised that what Lil Nas X did there didn't cross over a little bit more into a wider world of contemporising country in that way. We have been looking at Orville Peck, who crosses over into alternative country and into 6 Music.”

In 2021, Jimmie Allen won the Country Music Association Award for New Artist of the Year - only the second Black artist to win the category following Darius Rucker in 2009.

Smith suggested that the genre will evolve further with new voices emerging in country.

“It's starting to become even broader and wider,” he told Music Week. “What is country in the future, who are the new generation - the Gen-Z country artists? Morgan's part of that, Gabby's probably part of that, but who are the artists who are going to broaden and diversify the music a little bit more? I think that will appeal more to UK and European tastes.

“You go back to Old Town Road and Lil Nas X being a key part of changing that dialogue. The BBC would certainly be interested in reflecting that even more, and seeing how we can get a bit more involved in that part of the country scene.”

Subscribers can click here to read our report on country.