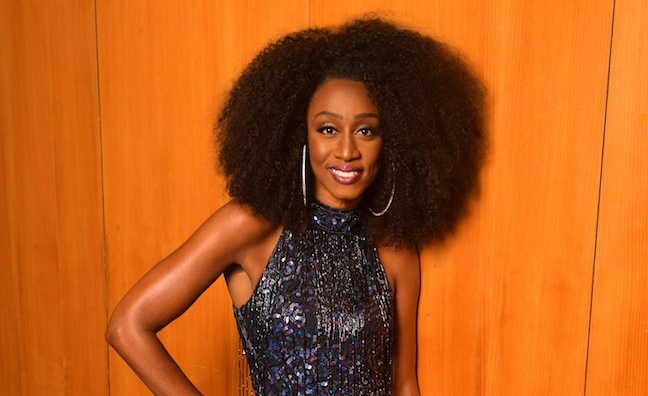 Beverley Knight has spoken to Music Week about touring with Take That and collaborating with Gary Barlow on his upcoming fourth solo LP.

Knight guests on the track Enough And Enough on Barlow's new orchestral and big band-infused album Music Played By Humans, which is released via Polydor on November 27.

“Gary is really easy to work with because he’s just so open," said Knight. "He’s not guarded with ideas and that’s what you want when you’re collaborating.

"The thing with Gary is, he's always got songs, songs are his stock-in-trade. Everything starts with a really strong song - and he nails that every time."

Knight, who is set to join Barlow on his 2021 UK arena dates, supported Take That during their initial reunion tour.

“We toured together in 2006 when Take That came back from the wilderness and we’ve been mates ever since," she said. "I kept telling Gary and the lads that it was going to be massive, but they were quite doubtful.

"I remember that first night in Newcastle, the crowd were chanting their names. Mark [Owen] had this look of absolute incredulity on his face and I was like, ‘I told you, I told you!’ But even I had no idea what it would develop into.”

The singer also duetted with Barlow on an edition of the songwriter's online lockdown Crooner Sessions for a rendition of George Michael and Aretha Franklin's 1987 track, I Knew You Were Waiting (For Me).

"That was so much fun," she said. "Gary just DMed me and said, 'Come and duet with me for a laugh’. And I was like, ‘Yeah, definitely, let's do it’. So he sent me his voice on top of the backing track, I played it off of my computer on headphones and then recorded myself singing the Aretha Franklin bit and sent my bit to him. He stitched the two things together and Voila! We had a virtual duet. It was brilliant!"