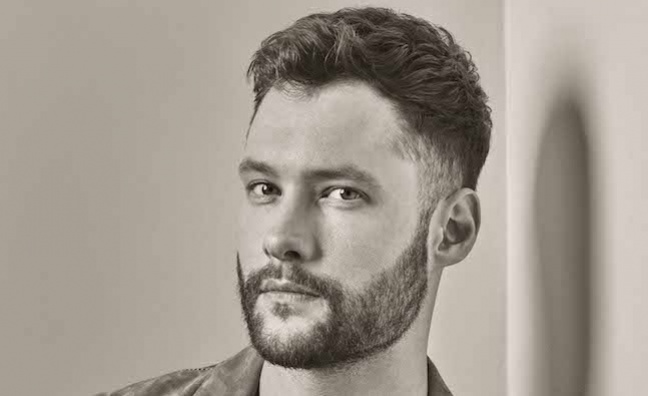 Labels are holding out for more artist breakthroughs in 2018 as Music Week analysis shows that just two debuts from UK artists finished in the Top 200 sellers for Q1.

While it’s too early to declare a drought for successful new British artists, there’s a worrying recent precedent with the lack of breakthroughs that occurred in 2016.

For the first 13 weeks of the year, Only Human by Calum Scott (pictured) was the biggest 2018 UK debut with OCC sales of 19,915. The album peaked at No.4, spent two weeks inside the Top 10 and ended up as the 66th biggest seller of the quarter.

The only other debut artist to make an appearance in the Top 200 was rising classical crossover star Sheku Kanneh-Mason, whose Decca album Inspiration moved 11,324 copies in Q1. The record peaked at No.18 and made him the first BBC Young Musician winner to chart with a debut.

Rising rappers Mist and Fredo also made an impact in the Q1 Top 200 but don’t qualify as debut artists as both had previous album chart entries. International debuts were led by Camila Cabello, whose Syco release Camila moved 71,804 copies in the quarter.

While those kinds of numbers have been out of reach for new artists so far this year, BPI and BRIT Awards chief executive Geoff Taylor said the transition to streaming could partly explain lower first week sales.

“That is a change in the market dynamic,” said Taylor. “We’ve been talking for a while about how it takes a bit longer to have a hit now, that it is more spread out over time. We’re starting to see that in the overall figures.

“We’re more optimistic than we were a few years ago about the prospects for breaking new British artists. We saw at the BRITS, really strong artists coming through – Stormzy, J Hus, Loyle Carner, Dua Lipa, Jorja Smith. We feel confident [but] that doesn’t mean that in every quarter there will be a huge new release. You have to take a slightly more patient view of the market.”

Taylor added that evening out consumption “can be a good thing because it can make revenues more predictable, which is good for investment”.

“Because the returns from a successful album are spread out over a longer period, revenue is less lumpy, which means that quarterly and annual revenues are perhaps more predictable, because they are more related to growth in the streaming market overall,” he said. “There are some benefits to that, in terms of being able to do some more long-term planning. I hope that we will see the fruits of that in terms of artist investment and, in the longer term, new breakthroughs.”

The fairer comparison for breaking new artists will be at the halfway stage of the year, though 2018 has some catching up to do in order to match last year’s performance when eight UK debuts made the Top 200 albums for the first half of the year.

The worst scenario would be a repeat of 2016 when just two albums - Zayn’s Mind Of Mine and Jack Garratt’s Phase - made the list for the first six months.