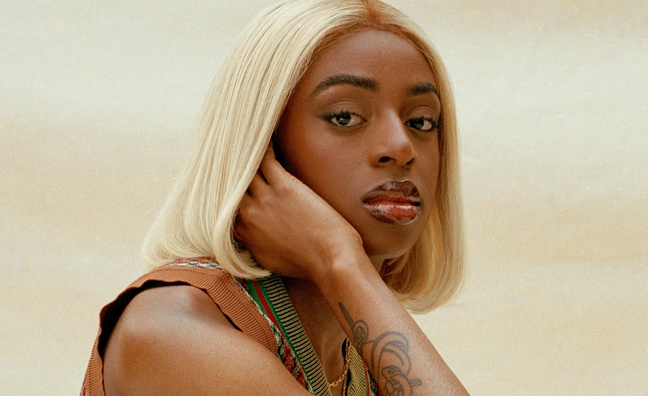 Cat Burns has spoken to Music Week about her success as one of the breakthrough stars of 2022.

Burns’ debut hit single Go was No.4 overall in the year-end charts and has sales to date of 1,148,646, according to the Official Charts Company. Go (RCA/Since ’93) peaked at No.2 on the weekly chart.

Cat Burns has now received three BRIT nominations. In addition to her nomination in the Rising Star category (won by FLO), she is up for Song Of The Year and included in the pop/R&B genre category.

Go has achieved an impact across platforms and media - TikTok, DSPs, radio - with multiple versions and collaborations including one with Sam Smith.

Here, the singer-songwriter from Streatham opens up about the single’s longevity and her impact across all platforms…

“At the end of 2021, Go just started to rise and no one could point out why. It shocked me.

“We saw that it was growing on TikTok, so I want to say that I posted loads more TikToks but in reality I didn’t. I highlighted on my posts that it was growing within the algorithm and that helped push it even more. We kept talking about it on other platforms as well. TikTok can really do wonders and when the song picks up, the work gets done for you. We did loads of interviews and shoots. We wanted to make sure people knew the face behind the song.

“Luckily, I think this song lent itself to different genres. Goddard did a bootleg version, the drum & bass one. Someone took a screenshot and sent it to me and said, ‘Oh my gosh, this guy’s done a drum & bass version of your song and it sounds really cool.’ I showed my manager and he was like, ‘Wow, we should put this out.’

“There are eight official reworks. Sam Smith, Goddard, Loski and Russ Millions on the drill one, Sam Fischer’s one and then the Lower & Slower and Higher & Faster versions, the Piano Version and the Nervous Freaks house remix.

“The Sam Smith one came about quite randomly. We asked Sam if they wanted to do it then my manager messaged me and said, ‘Hey, Sam’s going to do a version of Go,’ and I was like, ‘What?!’ I finally met Sam and it was a perfect pairing because we genuinely get on and that has shown through when we’ve performed together. There have also been other bootleg versions, I know there’s an Amapiano one. I’m really lucky we were able to do the number we did and people didn’t get sick of it.

“The trick was not really letting the song die and creating different versions of it to live in different places. I’m really happy that the original has the most streams, because that’s just me by myself and it shows that people like the song full stop. 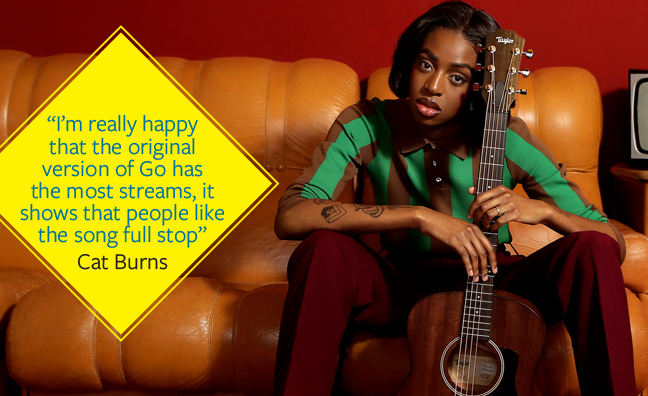 “Luckily, people didn’t really have an image of me as someone who just created a song that blew up on TikTok, because I did a good mix of teasing originals as well as posting covers, so people knew that I sang my own songs, and those went viral too.

“Labels want to create a name for the people behind the songs so that artists don’t keep having just one hit. Go is quite slow for radio, so their steering was more like, ‘Let’s create a version for radio that doesn’t have to live on DSPs.’

“That was nice because my music is acoustic pop and it is slow. There’s some that are a bit faster, but generally the songs I love are acoustic. The label hasn’t steered me anywhere bad because the song that has changed my life is the music that I want to make. So there’s no butting heads or intensity because the song has done well.

“The industry is new for me and I’m not a very trusting person, especially in the business. I always remind myself that I am the product, I have to make people money in order for them to be happy with me. I’m not under any false pretences about getting comfortable in the industry.

“The industry is safe when you’ve built a devout following. When people can see and know your worth, it doesn’t matter if your songs are in the charts or not. The industry isn’t safe if you aren’t adding value. I think most artists just don’t want that pressure of feeling like they have to add value all the time. So I feel somewhat safe, but I’m also aware as to why I do.”