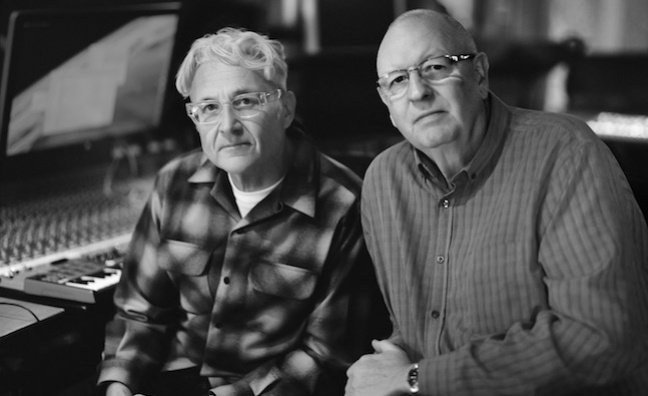 Clive Langer and Alan Winstanley have been unveiled as recipients of the Outstanding Contribution award at the Music Producers Guild Awards 2018.

The award – its full title is PPL Presents The MPG Award For Outstanding Contribution To UK Music – is in recognition of one of the most influential partnerships in music production over the last 40 years.

Their first co-production was for Madness on the band’s 1979 debut album, One Step Beyond, which spent over a year in the UK album charts. Langer and Winstanley went on to produce hits for artists such as David Bowie, Morrissey, The Teardrop Explodes, Catatonia, They Might Be Giants and Hot House Flowers.

"These are two guys who exemplify the role of music producer,” said Tony Platt, MPG Awards Group managing director. “Their collaborations across so many genres have been an outstanding example to all those upcoming music makers that we have seen building their careers over recent years.”

Peter Leathem, chief executive at PPL, added: "A huge congratulations to Clive and Alan, one of the most successful and acclaimed production duos of the past four decades, on receiving the Outstanding Contribution Award at the 2018 MPG Awards.

“They are both thoroughly deserving recipients and have well and truly made their mark on popular music in recent years.”

Langer and Winstanley will be presented with their award at the MPG’s 2018 Awards Ceremony, which takes place on March 1, 2018, at the Grosvenor House, Park Lane, London.