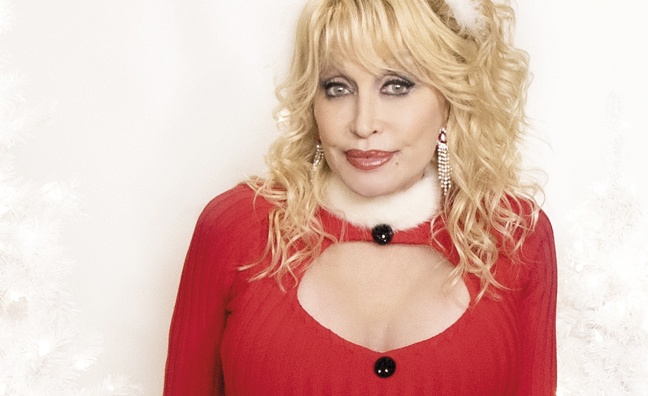 The new issue of Music Week stars the one and only Dolly Parton on the cover.

In our huge cover story, we speak to the country music icon about her new festive album A Holly Dolly Christmas, plus her Netflix film and book, artistic control, and how she has stayed at the top of her game for so long. Joining the superstar is her manager, CTK Management’s Danny Nozell, 12Tone’s legendary founder Doug Morris, plus UTA’s Neil Warnock and AEG Presents’ Steve Homer.

In the feature, Parton revealed she has spent recent years getting her affairs in order, having been troubled by reports of stars passing away and leaving their estates in disarray for mourning families.

“That’s taken several years to do, and it is really a hard thing to do and put it all in order,” she told Music Week. “But you have to do it, you don’t want to be simply leaving a mess behind.”

As the business savvy songwriter who once famously refused to let Elvis Presley cover I Will Always Love You (because The King required 50% publishing, which was rightfully hers) Parton has always been fiercely protective of her life’s work. She owns her own catalogue – licensed to Sony/ATV – but of late she’s been contemplating selling it. Parton went on to explain the kind of home she’s looking to find for her life’s work.

“I’ve owned my own publishing company for years and years and, as an active songwriter, I still write all the time,” Parton told Music Week. “It’s very possible that, for business reasons, estate planning, and family things, I might sell the catalogue I have now. I’ve often thought about it, and I’m sure that I could get a lot of money for it. But then I would just start a brand new one, continue writing songs and, when I build that up again, sell it. I would imagine I’d have quite a bit of money if I wanted to sell, but I would still have some control, no matter who I sold to, and my credit for the songs. There’s a lot to be said about that. As a songwriter, I never cared about the money. I did make money, but I always just wanted my name on my songs.”

I would imagine I’d have quite a bit of money if I wanted to sell, but I would still have some control, no matter who I sold to

Earlier this week, Universal Music Publishing Group announced the acquisition of Bob Dylan’s entire catalogue – a collection of iconic songs spanning his 60-year career. UMPG described the Bob Dylan deal as “the most significant music publishing agreement this century and one of the most important of all time”.

The news followed Stevie Nicks partnering with Primary Wave in a deal that will see the independent publisher acquire a majority stake in the legendary singer’s publishing copyrights, as well as represent the Grammy winner in brand alliance and brand marketing opportunities.

While Parton has yet to make a decision, her manager Danny Nozell says you can expect any deal that gets made to make headlines.

“We haven’t sold it yet,” said Nozell. “There’s only a couple of people that would have the financials to even be able to put an offer together that we would consider. Her catalogue is definitely one of the biggest out there and, in order for her to make a decision to let her life’s work go, you can imagine that it’s going to be an iconic price for an iconic catalogue [laughs].”