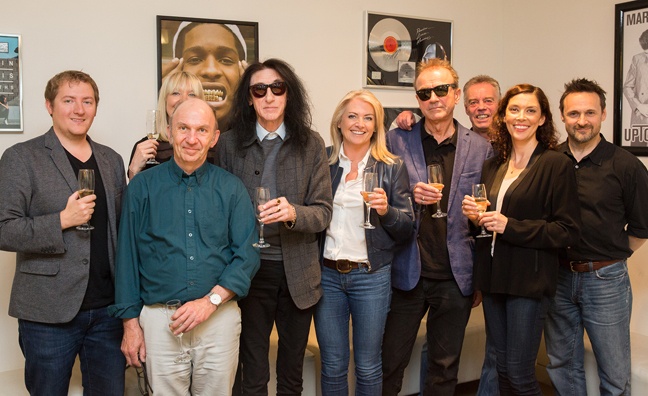 Dr. John Cooper Clarke and Hugh Cornwell have teamed up for a new album, which will be released via Sony Music UK.

This Time It’s Personal will see the pair record fresh versions of classic songs, including Johnny Remember Me, Spanish Harlem and MacArthur Park.  It will be released later this year.

Cooper Clarke has a long history with Sony Music UK. His first album Disguise In Love, featuring Martin Hannett and The Invisible Girls, was released through Epic Records in 1978.

In 2015, his definitive and career-spanning collection Anthologia – featuring four discs of his work - was also released with Sony Music UK.

Cornwell was the lead singer and guitarist of The Stranglers, the iconic new wave band whose hits included No More Heroes, Peaches and Golden Brown.

The Stranglers were signed to Epic Records between 1983 and 1990. During that time they released four albums, including Feline, which peaked at No.4 in the UK Album Charts. Cornwell fronted the band from its inception in 1974 until 1990 when he left to pursue a solo career.

Cornwell said: "John and I have a mutual friend and we spent a hilarious evening together and discovered we were great fans of each other's work.I then had a bizarre drunken thought one night that John's narrator voice would be very surreal on Macarthur Park. When he turned up to do it, he sang instead and blew me away.Then I wanted to hear more, so I suggested a few other golden oldies...."

Cooper Clarke said: “It was a generally held belief in the hippy end of the '60s that those years from '58 to the Beatles were an empty, nowhere period, that it took the Beatles to wake everything up. That's b******s. You had all the Brill Building stuff, Goffin & King, the Drifters, and a lot of it we've covered on this album. It's a rich seam, and it’s been fabulous to mine it with someone as talented as Hugh..”

Nicola Tuer, COO Sony Music UK added: “Considering John and Hugh’s historic relationship with Sony Music, for us to unite with them for this special collaboration is both brilliant and fitting. Their talent is legendary and their enthusiasm for the project is infectious. We are delighted to be working with such iconic artists”.