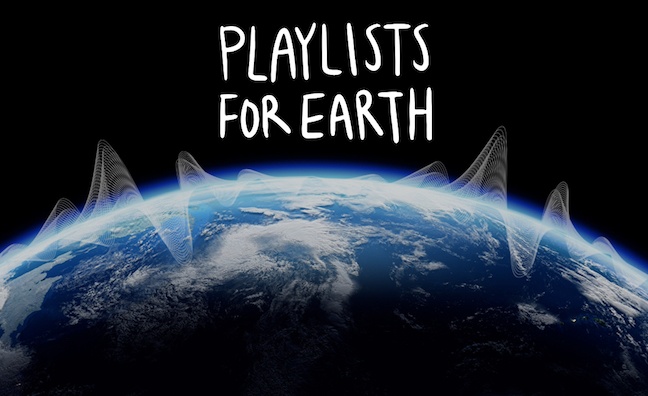 ClientEarth signed up dozens of big names to its initiative to communicate a message on the climate crisis through playlists.

What does your work at ClientEarth involve and why did you make the move?

“My job focuses on music partnerships and collaboration within the wider arts and cultural world. There are lots of extraordinary people in the industry interested in environmental protection who want to see how they can lend a hand or where they could help with the fight. ClientEarth isn’t focused on individual choices, although that's a very important part of everything, but on the power of the law to transform industries and hold governments to account. My conversations are around awareness raising, fundraising, building new relationships and often just providing information to people. It’s a pretty interesting role!

“I had spent a lot of time trying not to think about the climate crisis, pulling my fringe down over my eyes so I couldn’t see it. I finally moved over because I’d been trying to devise ways artists could tour in a more sustainable way and I basically couldn’t ignore my worries any more. I took a sabbatical from being an agent two weeks before the pandemic hit the UK in order to work at ClientEarth, an organisation I knew was making deep structural changes which felt more valuable to me at that point than anything I could do whilst tinkering at the edges. Over the last year, I’ve grown to appreciate even more the efforts that music businesses are going through to put in place their own ‘just transition’ so they can continue to work in an industry they (often) love but without the worst impacts on the environment.

“One of my resounding, deciding factors was learning that Ryanair – with 154m passengers a year on more than 2,400 daily flights – produces still only a quarter of the emissions of Poland’s Belchatow coal plant, which emits the same amount of carbon a year as the whole of New Zealand. I wanted to work with the people who were working to close Belchatow down, so that’s why I took the role at ClientEarth and my sabbatical has now turned into a permanent move.”

How did you manage to get artists, festivals and promoters involved - what drew them into the campaign?

“Basically – we just asked them! People are worried about climate change and they want to help organisations which are making measurable efforts to protect the planet – artists, festivals and promoters are no different. On a practical level, we had lots of help from Laura Davidson, the promoter, as well as Drew Lam from Platoon/Apple, Caius from Young, Lynden from Domino, Hiroki from Giant Artists, Cass McCombs and a host of other friendly souls.”

Artists have to get creative with their playlists - does that add weight to the campaign as it’s more than just a name on a list backing a cause?

“It’s definitely quite a steep barrier to entry! Anyone who has made a playlist has really put the time and effort in, which has been massively appreciated. Personally, I like that we’re not just asking somebody to post something, using those with large social media followings strictly for access to their socials, it has been a creative collaboration. We are so impressed with the level of playlists and it’s been great watching them come in in all their guises. There are some absolute corkers. We don’t want it to stop and will keep rolling these playlists out going forward though at a slower pace, stay tuned for more on that”.

The Music Declares Emergency campaign has been building its campaign and IMPALA recently released its charter on climate change. How is the music industry as a whole doing on this issue?

“I feel like the music industry is really changing gear. I can’t quite work out if I’m just in the eye of the storm, so all I see is people working in music who are focused on environmental issues and mitigating the worst effects of climate change, but I do feel there is a real focus on it now. I come into contact with so many people who are trying to make genuine attempts to improve their working practices with sustainability in mind that I can’t help but feel very positive about the forward direction. We just need to keep the momentum going.”

Dirty Hit is a big indie backing the initiative – does that send out a strong message?

“Of course it does, and it’s great to have them on board. They have a brilliant track record of being super engaged on these issues and that is both on the management side and also their pretty amazing roster. Hats off to them! Also their playlist is SOLID.”

With the return of live and festivals, is there an opportunity for the live sector to take stock and ensure events are more sustainable?

“Good question, and I think the answer is definitely yes – and furthermore, people and organisations are already doing this. From the agencies and promoters doing individual work on this, great organisations like A Greener Festival and Julie’s Bicycle trying to help with industry wide changes and now LIVE are seriously exploring the issues and possible solutions. Personally, I’m also looking forward to the Massive Attack Tyndall report, which will come out later this year and will be an up to date, properly funded, academic report; and the findings of Coldplay who have spent a great deal of time and thought working on this issue for their own tours.”