Burning Up: How Glass Animals set the streaming world on fire with Heat Waves 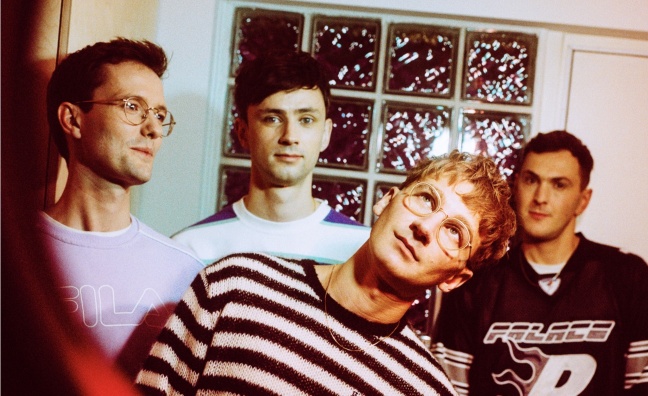 With more than 210 million streams on Spotify alone, Glass Animals' Heat Waves is an international phenomenon on DSPs.

Considering they released Dreamland, the record that spawned this monster single, during a pandemic and have been unable to play live, its success is a considerable achievement. Music Week has covered the Oxford band’s streaming success before, but they’ve never had a hit like this on their hands.

Heat Waves has a UK peak of No.22 and 259,859 sales to its name according to the Official Charts Company, and the track is flying higher still in other parts of the world. It has just celebrated its fifth week at No.1 in Australia’s ARIA Official Singles Chart, and is a week away from matching the six-week record for 2021 set by Olivia Rodrigo and Drivers License. Australian station Triple J named it as the winner of its Hottest 100 in January.

Dreamland (26,341 sales) was the group’s third album and climbed to No.2 in August in the UK. How, then, have they generated such momentum for Heat Waves?

“The album was being finished as the pandemic hit,” says Polydor co-president Tom March. “It was in the early days and we had no idea how long it was going to last. We knew the band had a big global streaming audience, but we also knew that playing live and being in markets is crucial to them. We decided to go for it.”

Manager Amy Morgan, Polydor and Republic in the US had hatched a plan to put the band into markets they wanted to focus on for the Dreamland campaign before release, and foundations were laid by visits to Asia and Australia before the pandemic. A sync spot on the FIFA 21 and a gaming tie-in with Minecraft have also fired Heat Waves’ popularity.

“Glass Animals are a supremely creative and forward-thinking band, so between Polydor, the band and Amy’s brilliant management we set to work to deliver a breakthrough global campaign,” says March. “A No. 2 album here and a Top 10 album in the US is a brilliant achievement. To achieve that during this time in these conditions without even being able to play live just makes me feel so excited about where they are going to go.”

With the track nestled in Spotify’s Global Top 50 and with a total of 210,912,079 streams and counting on the platform – where they have 16,354,774 monthly listeners – we sat down with March, Morgan and Universal international marketing manager Shantelle David to tell its story…

The record has been out a while, why is Heat Waves doing so well now?

Amy Morgan: “I think it's a mix of a lot of things. It's a great song, there is hope and acceptance in the instrumental but lyrically it's about loss and missing someone terribly – we can all resonate with that at the moment. Every time the song is given a platform it seems to react and key moments in the campaign have given it that platform. Some were more traditional, like radio playlists or the FIFA sync, and then some were unexpected, like a piece of Minecraft fan fiction that went viral.”

Tom March: “Heat Waves has been an incredible journey. It's a very modern hit. I asked [singer] Dave Bayley when I saw him recently how he felt when he finished it. He told me that he knew he had something special, that there was something about this record. However, if he had told me then quite how far it would go I would never have believed him. From the moment the record was released it reacted, and nine months from release it’s still growing. It has reacted through the roof in every environment, so we could read the data and use it to help take it to wider audiences. When BBC Radio 1 added the record it went Top 10 on Itunes and Shazam, which is pretty unique for an artist like Glass Animals and from limited radio exposure.”

Glass Animals have always played with genres, and Heat Waves really exemplifies that

How has the team fired the song's presence and spread?

TM: “It was crucial to move the record out of indie alternative playlists and get it on pop playlists and in front of pop audiences. When this happened on Spotify it was the best testing record in the Pop List and Hot Hits UK. We then landed the FIFA sync and this is when it exploded around the world. It was the best reacting record on the FIFA soundtrack, then when a fan created the Minecraft content, the song reacted again, this time with a gaming audience. We spoke with Republic, who have been exceptional partners, and they switched their focus to Heat Waves and the same thing happened. The song was instantly reactive in America. It’s one of the biggest British global hits of the year and we have a long way to go.”

AM: “I don't think any of us planned to be releasing music the way we have over the last 12 months. The plan at the start revolved around global touring and a lot of in person creative and promo ideas. We had to reimagine it all pretty quickly. The goal remained the same pre and post pandemic. It was about building globally on the fanbase the band have and trying to expand. We’ve been incredibly focused building moment by moment and weaving in every opportunity to make it part of the bigger story without losing sense of who the band are and what’s important to them.”

Shantelle David: “Global expansion is at the heart of the international plan for Glass Animals, and Heat Waves presented us with a genuine opportunity to grow the band’s profile and give them a real shot at breaking through into the mainstream. Initially, the marketing, promotion, and streaming strategy involved forensic positioning of Heat Waves with alt-leaning partners in core markets such as the US, Australia, Germany, Canada and France, before growing the track with pop-leaning partners in these places, alongside new emerging markets including the Philippines, Brazil, India, South Africa, and China." 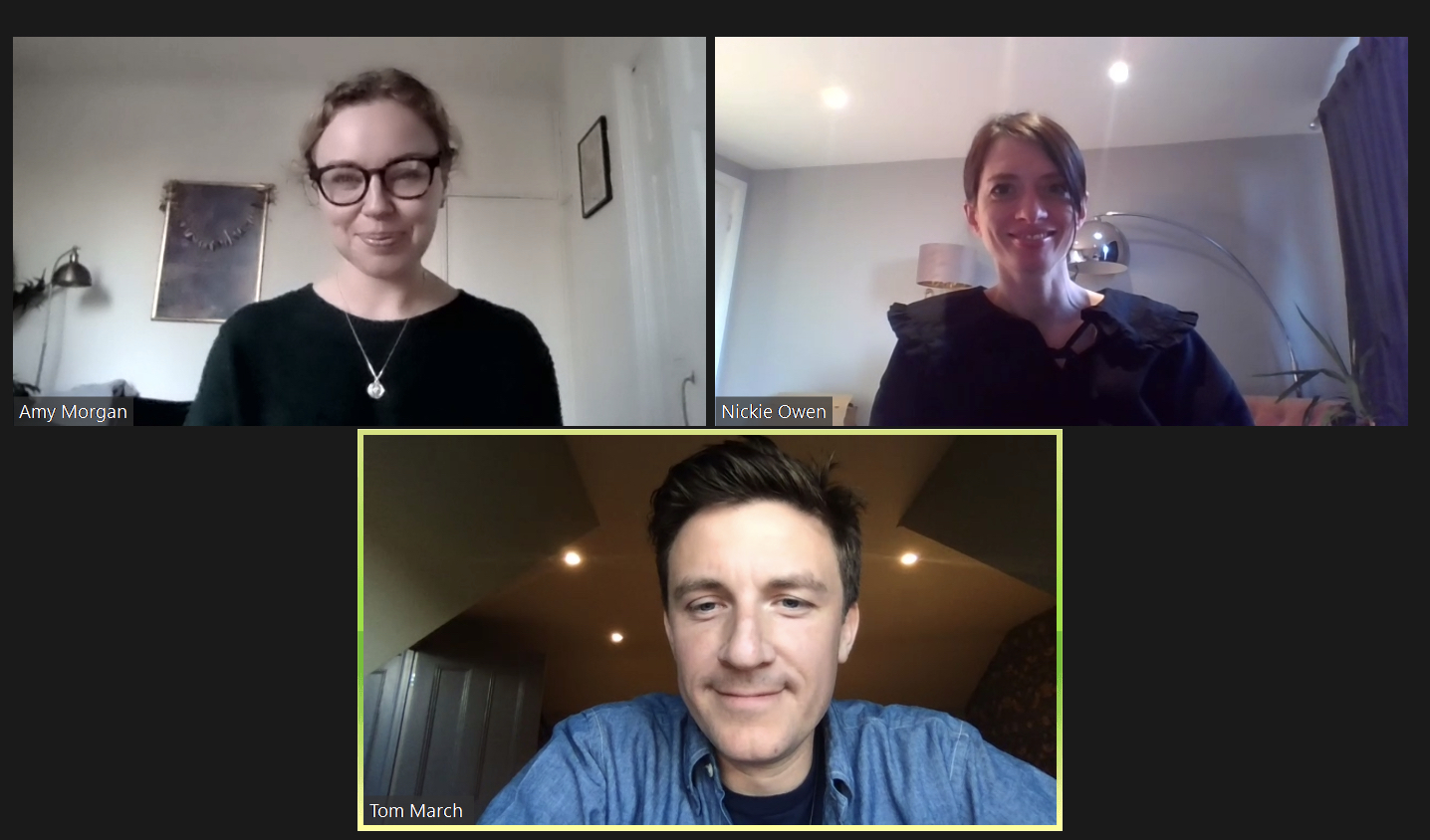 What does this record add to the Glass Animals streaming story? How have you maintained their growth on DSPs?

AM: “It has taken the band to a whole new place. Glass Animals have always played with sounds and genres, and Heat Waves really exemplifies that. As the momentum around the song built and it got placed in some of the bigger pop playlists it really connected. The band are sitting at 218th most listened to artist in the world at the moment which puts them ahead of Tame Impala, The 1975 and The Strokes. For an alternative act to connect so widely across the platforms and outside of the traditional alternative lane is exciting. The other major area of growth has been in the territories that have supported the band on DSPs, it’s amazing to be growing in new markets during a lockdown.”

SD: “Heat Waves has helped grow Glass Animals’ across all DSPs exponentially, with the total streams across Dreamland rapidly approaching 1 billion global, with 56% of these attributed to Heat Waves. From launch, Spotify has been a key partner, as they leaned into our strategy to simultaneously feature Heat Waves within both alt and pop genre playlists. This dual approach meant that Heat Waves could be included in an even wider range of playlists, ultimately increasing discoverability, and extending our opportunities for sustainable growth. As Heat Waves began to connect, momentum became unstoppable and it was included on Today’s Top Hits, which has 27.3 million followers on Spotify, as well as local genre playlists across Australia, Canada, France, Germany, Poland, India, Italy, New Zealand, Norway, South Africa, and the US.”

Can you sum up the reasons behind the band’s international success?

SD: “Unrelenting determination from all of our labels around the world and genuine commitment to explore new ways to grow Glass Animals. There has been one standout moment in the campaign, and that was the moment that Heat Waves won the Triple J's Hottest 100 record in Australia at the end of January, making Glass Animals, the first British band to win since Mumford & Sons in 2009. Not only did this help secure a No.1 official singles chart entry in Australia – their first ever No.1 anywhere – but it also sparked an increase in global daily streams worldwide, pushing the track onto the Spotify Top 50, another first for the band. This was an important turning point, as it opened up opportunities where the band’s new mainstream appeal could successfully coexist with their alternative origins.”

Finally, what is the Glass Animals team doing that's unique?

AM: “To be honest, the band do a lot of the driving! Dave builds a creative world around each project. We know what it looks, feels and even tastes like before we get started. That gives the team a unique blueprint to work with and allows everyone to come up with ideas that really feed the world of the record. The band also really prioritise the relationship with their fan community and that’s always going to be central to everything we do. It’s important to me that people who loved the band from the start feel as engaged and included as people who heard them for the first time yesterday. Glass Animals are an amazing live band, so the next stage is to get the show on the road as soon as we can. There are a lot of ideas for new music and new creative in the works too, it feels very exciting.”