Inside Glass Animals' campaign for US Top 10 album Dreamland 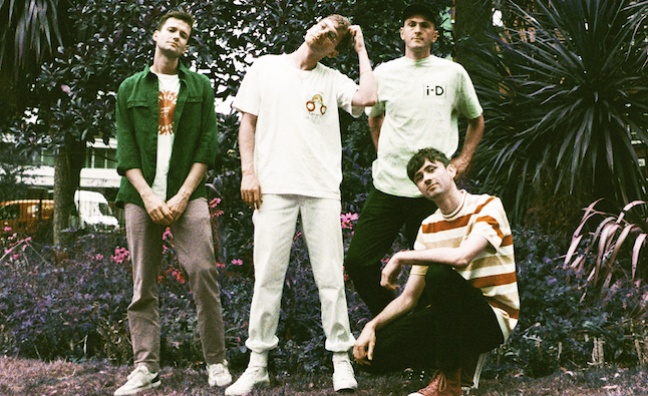 Glass Animals have hit a new chart high with the third album Dreamland.

The band opened at No.2 on the charts with 9,645 sales (including 7,423 physical sales), according to the Official Charts Company.

The album debuted at No.7 in the US (60,000 equivalent album units), where it also hit No.1 in the Rock chart and No.2 in Alternative. Dreamland also entered the Top 10 in Ireland and Australia.

The album has clocked up 100 million streams in its first week of release. The single Heat Waves is inside the top 10 on the Global and US viral charts.

Glass Animals moved from Caroline International to Polydor for this release. It was written in the aftermath of a cycling accident in Dublin two years ago that left drummer Joe Seaward hospitalised with brain damage.

Here, manager Amy Morgan, of September Management, opens up about the campaign…

How can Polydor help take Glass Animals to the next level?

“Glass Animals have built a strong base globally over the last two albums and we loved working with Caroline. It just felt like we had got to the point where having a bigger team and more resources would really help push the project to the next level.”

How did the campaign have to shift because of the pandemic?

“Nothing about the campaign has stayed the same really! Live was a huge part of the plan around the set -up and launch of this album (and of the next two years). A lot of the creative assets we were planning to make were based on performance and/or the band being together. There was also a lot of international touring and promo in the plan… The pandemic hit when we were halfway through an underplay tour in America. The first single was already at radio so we basically had to get home, figure out personal circumstances and then rebuild and reimagine the world of the record completely for a corona/post-corona landscape.

“Glass Animals have not had an easy few years. Dreamland was written in the aftermath of Joe having a terrible cycling accident. It was a scary and uncertain time. The US underplay run was set up as a thank you to fans for sticking with the band through those times but also to help Joe get back behind the kit again, something he was scared he might never be able to do. We had a brief period of celebration as everything seemed to come back together and then… the pandemic. I think it has made them stronger. They’ve had to fight pretty hard to keep the project alive.”

“I think it has given Dave [Bayley, frontman] space to work on music at a time in a campaign when he wouldn’t normally have had a lot of time to do that. Luckily, he was quarantined in his studio! I think there was a phase of lockdown where artists were all super keen to explore working remotely, and that’s when he started to work with Arlo Parks. He self shot the video for Dreamland, too, which was made during the strict part of lockdown, so he’s had to diversify in ways we didn’t really expect.”

Musically they cover a lot of ground and Dave has worked with big US acts, does that help in the streaming era?

“Yes definitely. Although that wasn’t the motivation behind any of it. He has always had pretty diverse music taste and there is a blend of genres and styles in his work within Glass Animals and as a producer. Dreamland is a pretty diverse album genre-wise, and I think Glass Animals mean different things musically to different people. That’s one of the things that makes them unique.

“Dave writes and produces the records and I think Dreamland is his most personal and honest record to date. It hits hard emotionally. Production-wise, I just think it is super confident. He doesn’t shy away from the darkness musically but he also isn’t afraid to play and have fun. The record is a rollercoaster.”

With live options limited will you be looking at other opportunities this year – can they do well with sync in particular?

“Yes, they’ve done well with sync in the past and I hope that continues. Obviously film and TV have been hit hard by this, too, but hopefully there are still some great opportunities out there. We’re looking at doing a ticketed streaming show and that’s an interesting area to explore.”

How has their live business grown?

“They have a great live business.  I hope they can come back bigger and stronger than ever. I’m excited to get them on the road again but I don’t know when that will be or what it will look like.”