From the archive: The Spice Girls first ever interview 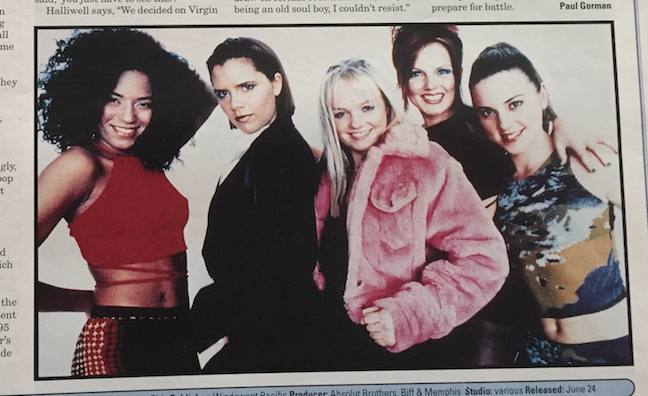 Some 20 years after the release of debut single Wannabe, the Spice Girls – or at least three of them - are back. So, to mark the occasion, we’ve trawled the Music Week archives to dig out their first ever interview.

The Spice Girls gave their first ever interview to Music Week back in May 1996 to Music Week. And not even we could have predicted the heady days of girl power and world domination that were to follow.

In a musical landscape dominated by Britpop and lads with guitars, the Spice Girls cut through the noise to become one of the most successful British pop groups of all time.

And 20 years on their popularity shows no sign of waning. Last week Spotify revealed that Wannabe has been streamed the equivalent of 1,000 years on the service.

Whether or not they’ll be able to recapture the success of two decades ago with their new, streamlined line-up (there’s no Posh or Mel C) remains to be seen. But in the meantime, you can check out that debut interview below, as well as their reunion announcement video, below.