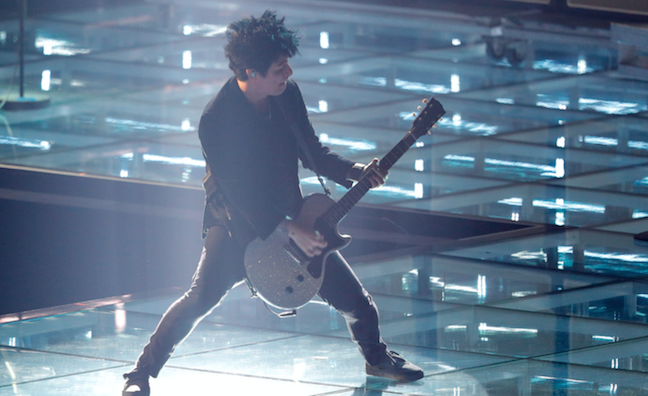 Green Day collected the Global Icon award on an entertaining night at Rotterdam's Ahoy Arena for the 2016 MTV EMAs.

"It's nice to be away from America while this horrendous election's going on right now. The entire country's about to have one collective heart attack," said Armstrong, prior to performing the band's 2004 hit, American Idiot.

Justin Bieber and Lady Gaga were among the big winners, taking home three and two gongs respectively, although neither were in attendance at the ceremony. Other winners included Shawn Mendes (Best Male), The Weeknd (Best Video) and Zara Larsson  (Best New). MTV turned all the 2016 awards purple as a tribute to Prince.

The full list of MTV EMA 2016 winners is as follows: