H.E.R. talks Back Of My Mind, the music industry and making a difference 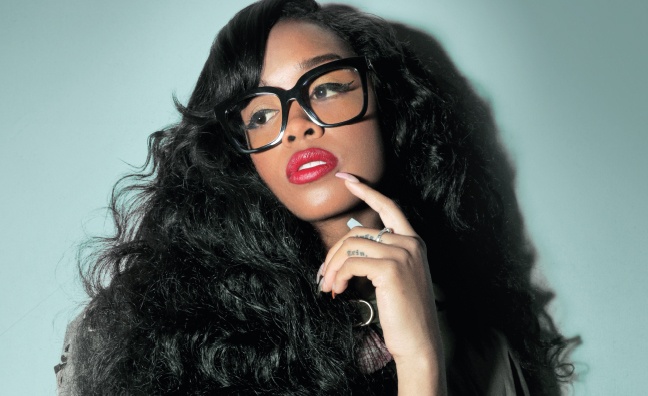 H.E.R. has told Music Week the secrets to survival in the music industry as she releases her anticipated debut album Back Of My Mind.

The R&B star, real name Gabriella Williams, is on the cover of the brand new edition of Music Week, out now.

“I decided to be H.E.R. because it felt like it was easier to put myself out there kind of anonymously,” Williams said. “But I’m realising that it’s bigger than me releasing personal music. There are people out there who are affected and impacted by music. I feel a responsibility now to speak my truth no matter what because you never know who else needs it.”

Speaking alongside her team at RCA, MBK Entertainment and Universal Music Publishing Group, Williams acknowledged that she can’t truly call Back Of My Mind a “debut” album “given everything that’s happened in that past three years”.

Namely, that is, H.E.R.’s stellar success the world’s biggest awards shows: Williams already has four Grammys and one Oscar to her name.

“I like to call it the celebration of R&B and of all the different sounds of R&B,” she said of the album. “On this project you have alternative R&B, you have mixes of hip-hop R&B, of classic soul, a combination of ’90s R&B.” 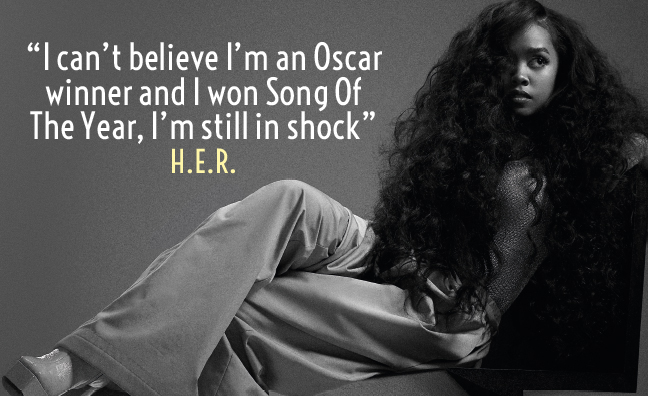 Williams described the making of the Grammy-winning I Can’t Breathe.

“It was right in the heat of the George Floyd protests, so we started talking about that anxiety and asking ourselves these questions, how do we cope when we don’t love each other? What is a gun to a man that surrenders? What’s it going to take for someone to defend us?” she said. “We started writing and I picked up the guitar and I started singing that hook and I was like, ‘Wow, this feels like something important.’”

Williams said that the music industry has taken positive steps in the fight against racism. “It feels like we’re in a really good place and I’m just trying to keep it going,” she said. “I’m proud to be part of that representation and to see people succeed and to see good artists, real artists, have a voice and black artists have a voice. I think we’re making progress.”

Of her own progress through the business so far, Wilson said she live by the phrase ‘hard work beats talent, when talent doesn’t work hard’.

“Being about the business is knowing your value and understanding what you deserve and working hard for that,” she said. “I read all my contracts. I’m privy to all the moving parts.”

“Trusting my gut is No.1,” Williams continued. “Just knowing that I have control of my own destiny, not compromising myself, which I never have. It’s important to be yourself fully and create fully and just have fun and not think about anything else other than that.”