'He can absolutely be a streaming artist': Warner Music Entertainment signs Cliff Richard for 60th anniversary 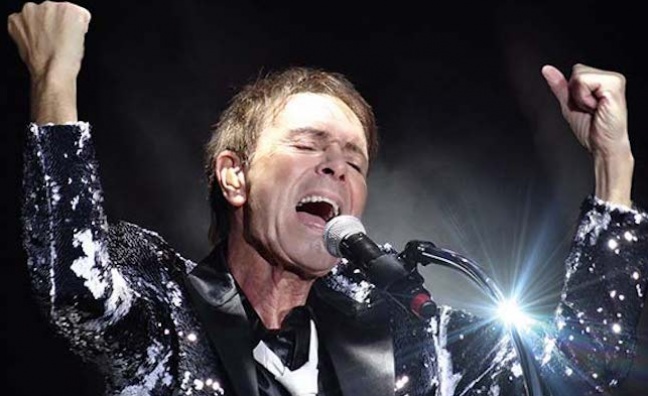 Cliff Richard has returned to Warner Music and is set to mark his 60th anniversary in the music business with an album later this year.

As revealed in the latest issue of Music Week, East West has gathered its mainstream entertainment artists in one place with a new imprint, Warner Music Entertainment.

Richard, who released his last studio album via Sony Music, has returned to Warner Music for his diamond anniversary. He’s also lined up a UK tour for September and October, including a date at the Royal Albert Hall.

“The nice thing about this relaunch of East West is we’re actually simultaneously ring-fencing the entertainment side of our business into Warner Music Entertainment,” said Dan Chalmers, president of East West Records UK, Rhino and ADA. “So this is a bespoke shop window for brilliant talent like Sheridan Smith, we’ve got the new Boyzone record to look forward to with fantastic songs, Cliff’s new album, and the continued roster of Bette Midler and Alexander Armstrong.”

Richard’s catalogue and compilations are released through Warner’s Rhino, including last November’s Stronger Thru The Years. The Sony Music 2016 studio album release, Just Fabulous Rock ‘N’ Roll, has sales to date of 138,318 according to the Official Charts Company.

“In line with how the market grows and the older demographic that embraces streaming, I think absolutely [he can],” she told Music Week.

Chalmers added: “With the growth of smart speakers that lean more to an older demographic, absolutely these legendary brands will have space in the streaming market, it might just take a little bit longer but it’s very clear where the market is going to go.”

Boyzone are also set for a big anniversary release later this year.

“It’s their 25th anniversary, they’ve got an arena tour, they’re keen to mark this in a big way,” said Chalmers. “We’re excited about the rollout, it’s going to be one of the showpiece records for Warner Music Entertainment at the end of the year.”