'I didn't enjoy fame': Sleeper's Louise Wener on life in the Britpop era (and why she came back) 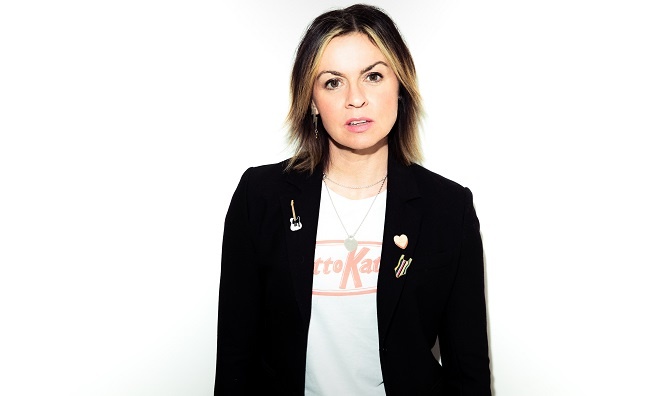 They say if you remember the ’90s, you weren’t there.

But Sleeper frontwoman Louise Wener was not just a Britpop icon, she also led from the front as a strong female role model in the male-dominated indie scene of the time.

Wener relived the era with a barnstorming speech as she received some long-overdue kudos, picking up the Inspirational Artist award at last week’s Music Week Women In Music Awards, in association with AIM and UK Music (surprisingly, the first award she’s ever won).

Sleeper have also staged a successful comeback, with a Top 20 album in the form of The Modern Age, and a string of sellout comeback shows, and starred in Music Week’s Hitmakers and Aftershow features.

Yet, in the intervening years, Wener walked away from music so completely that she didn’t pick up a guitar for 20 years.

“I’d had my fill of it,” she said, speaking in this week’s Music Week. “It was different than I’d imagined it to be – I think that’s true of a lot of people that do it. I didn’t enjoy the fame aspect of it, that didn’t suit me in a lot of ways. I found the music industry difficult. I felt I was constantly having to fight my corner and defend myself and becoming this cartoon character. I just wanted to leave for an utterly different life away from it. It felt like a healthy thing to do at that point.”

Wener found further success as a novelist and writer until she was persuaded to get the band back together in recent years.

“Weirdly, until I went back, I hadn’t really realised quite how much I’d missed lots of it,” she said. “When you walk away completely, you have no idea what it feels like to re-enter and what the reaction will be. So to walk onto those stages at Shepherd’s Bush Empire and The Forum and have that reaction from the crowd has been hugely uplifting. It’s a very joyful thing for all of us in the band.”

But Wener, who was given a hard time first time around by some sections of the music press, said the industry hadn’t necessarily changed that much for female artists since the ’90s.

“There wasn’t social media [then],” she said. “I can’t imagine what that’s like for young women having to deal with that constant commentary on themselves. It was bad enough picking up a weekly newspaper and reading what someone had said about you. But to have that constantly being thrown at you must be very difficult.”

Nonetheless, Wener said the success of Sleeper’s comeback means that the band is likely to stick around this time.

“It felt important to do new stuff and make it feel real,” she said. “We’ll definitely play next year and hopefully make some more music as well. It feels like you can do it completely on your own terms this time, so it’s all about how it pleases us, rather than someone telling us what we should do or how we should do it. Having that control is really important.”