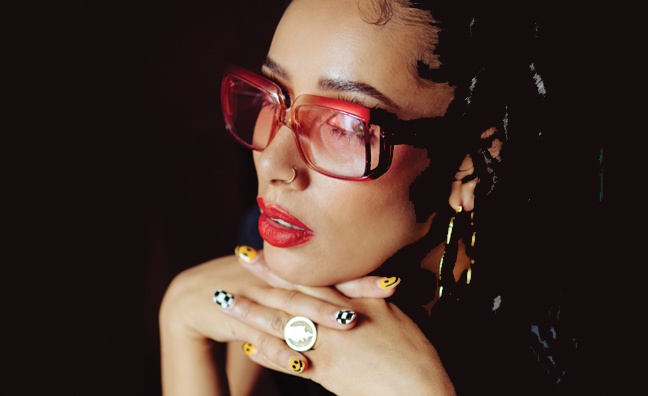 Eliza Rose has told Music Week that she is ready to take on the music industry off the back of the success of her debut single B.O.T.A (Baddest Of Them All).

Following Music Week research into the 2022 dance boom, the BPI and the Official Charts Company revealed the Official Dance Singles Chart of 2022 so far, where Rose’s track (which features production from Interplanetary Criminal) placed at No.9. It has 527,150 sales to date and more than 120 million streams on Spotify.

“It’s a real changing time, good underground music is now hitting the charts,” said Rose, who became the first female DJ to be No.1 since Sonique in 2002 with It Feels So Good when B.O.T.A topped the charts earlier this year.

“This is a track that’s being played by big, respected underground DJs, but then it’s also going viral on TikTok, that’s quite a strange thing to happen,” Rose told Music Week. “Also, being the first female DJ to do it in 20 years is a big feat, that’s creating space. It’s ridiculous that it’s been 20 years, so it’s good to be at the head of that change.”

“As a Black, mixed race woman, [my] visibility will help inspire others to feel this is a viable career,” Rose added.

Rose signed a deal with Warner Records following the breakout success of B.O.T.A at Glastonbury, where the major’s head of A&R Keir Fullerton began pursuing the deal after hearing the track repeatedly across the weekend.

I was blown away when I heard B.O.T.A at Glastonbury and we are delighted to have had the chance to work with Eliza and One House on turning the song into a global anthem,” Fullerton told Music Week. “And in terms of future releases , we’ve already heard some incredible demos so watch this space.”

A&R manager Anton Powers, is part of Warner’s expanding A&R team, which president Joe Kentish spoke to Music Week about back in the summer.

“Eliza is an absolute star, she has that magic sauce that all true artists need,” Powers told Music Week. “A quality DJ, singer and writer with her roots firmly cemented in the underground, she flows out an infectious vibe and energy that resonates with the dancefloor. She is the full package and this is only the beginning.”

Here, Rose, who wants to learn bass guitar in 2023, talks about her label, her music industry story so far and her plans for the future...

What made you choose to sign with Warner Records?
“They just seemed the best fit to be honest. I really appreciated that there was a Black man high up in the company, having that diversity was extremely important to me. Obviously, they’ve got the track record of being amazing and they had the current No.1 [LF System’s Afraid To Feel] as well, so that didn’t put me off. I’m a believer in gut feeling and they just seemed really great. They were more interested in me as an artist rather than just the track, whereas maybe some other people were like, ‘This is a great track’ but they didn’t really seem to care about [the music]… I want to continue to make music and be an artist and they focused on that, so that was extremely important.”

You turned away from making music for a while before B.O.T.A, were you disillusioned with things?
“A couple of years ago, I wasn’t ready for any of this to be happening. Now I’m at an age where I feel ready. I’ve always worked hard but I feel more ready for it and to have my manager Callum [Reece, One House] working with me is great because I trust him completely. I was really disillusioned with singing and trying to be an artist. It’s not that I don’t love performing, I love to sing. Singing on electronic music allows it to be more about the dancefloor experience than me standing on stage, and that’s another reason why I really love that element. With DJing, there’s an element of performance to it, but ultimately it’s about people dancing and that’s the realm I want to stay in for now. Of course, me as an artist is going to feed into that, but it’s more about the track and I’m like a secondary element to the song itself. That’s what I’m working towards at the moment.”

What has your experience been like of rising up in the dance scene?
“There was a big element of, if you didnt come from money and you needed to DJ to pay bills or to have money in the bank, you would then be looked down upon for doing these certain gigs. And for me, for a long time, that was a real big problem. The reason I didn’t break through is because I was having to do these gigs to pay my bills, but then you’d get judged for doing them. Over coronavirus, I was able to wipe the slate clean, nobody was doing any gigs and I started doing these Vinyl Factory mixes and it was from there that things started picking up. I started making music and it grew from there. But it was difficult because, for a long time, it felt like people didn’t want to pay attention to me because I was having to do these gigs to pay rent. Unfortunately there was, and still is, a lot of judgement in the DJ industry of what’s cool and where you should be playing. It’s not necessarily based on skill or selecta, it’s about who you know and what you’re doing, it’s still a major part of it.”

Nightlife and the arts haven’t got enough respect

Is there enough support for nightlife in the UK?
“No. Not at all. It’s just arts in general, even in schools for example, I know that a lot of funding has been cut for the arts in schools and for me, I probably wouldn’t be here if I didnt have such a great school with such great facilities. I had an amazing music teacher and I had that encouragement and that’s one of the things that has led me to be here today. I think in general, people are just not putting that respect on creativity that it needs to have. It will always continue to thrive because people have that need in them to do it, but we’re going to miss out on a lot of amazing artists because there’s not those opportunities that there used to be. Nightlife and the arts haven’t got enough respect.”

But there seems to be lots of support within the community itself, have you felt that?
“Visibility and having more understanding about mental health has changed in the last few years, there’s a lot of collectives that now support those things. For example I’m part of Rhythm Sister, which is now called Common Ground, it’s pushing women and women identifying [people] in the music industry and trying to create more visibility for DJs. And if you have that, you’re able to talk to people about things, but it always seems to be non-profit organisations that people have started themselves. There’s nothing from the government, really, maybe there’s a few schemes, but not a lot. Most of the help comes from within the community, often people that have suffered and have luckily overcome that suffering or are still battling it but want to try and help others. There are support systems in place but it’s always from people doing it off their own back.”

It sounds like there’s a real contrast between the support people within the scene offer one another and the lack of input from the outside…
“Exactly. It’s true and it’s sad really. It’s just important to have a good community of people around you, people who are understanding. Having social media, even though it’s a really bad thing in a way because it does make you compare yourself [to others], it also allows you to reach out and people are very honest on social media as well. TSHA that did an amazing post about how she was struggling. I was feeling really rubbish about myself at the time and I was like, ‘I don’t know if I can do this,’ I was having a real moment, and reading that made me feel so much better. So there are elements of being able to reach out and find support on social media and see that this is a thing that a lot of people, and people you wouldn’t expect, are going through something similar.”

How are you feeling about going into the mainstream music industry being signed to a major label?
“It’s bizarre to be honest with you, it’s really strange! [Laughs] I did not expect this to happen. I’m saying if I would have told myself at 21 I’d have been like, ‘I don’t believe you.’ So it wasnt something I expected but I’m glad and I feel like I’ve done it really authentically and I’ve done it from the heart and from making good underground music that’s crossed over to the charts. I’m at a time of change, where underground music is getting more attention than it would have.”

Has representation in music changed in the time you’ve been doing it?
“Definitely, but it’s nowhere near where it should be. Jaguar published some stats recently that go into how it’s still so different. For me, wven if it is a bit of a bubble being in London, it’s definitely more diverse [than before] and it has to start there and hopefully feed out into the rest. I’ve seen a change, but it’s [about] the higher up positions. We have to start on the ground and then hopefully that will feed out over the rest and over the years it will get more diverse. It’s still not where it should be, but I think it’s changing.”