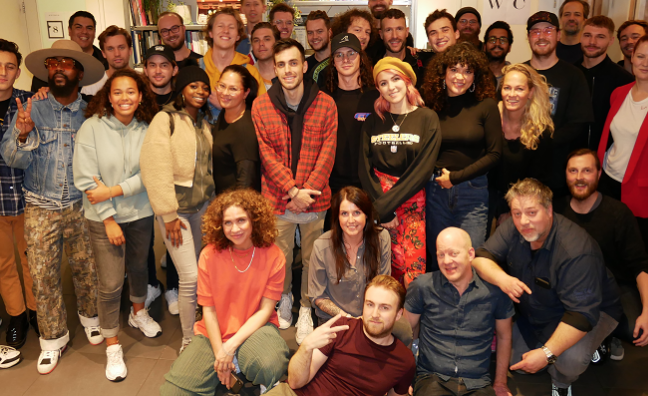 Talent from across Europe took part in the two-day event staged at Studio de Keuken which focused dance music.

“Joining forces with Sony/ATV Music Publishing for the third consecutive year has once again been fantastic,” said Ash Howard, the dance music relationship manager at PRS for Music.

“It’s inspiring to see such passion and energy from a group of incredibly talented people and the output, as always, has been of a very high standard. We are hopeful that the demos will be finished and released and that that the attendees made some lasting connections that will stand them in good stead for the future.”

Among those taking part were Cathy Dennis, Zak Abel, Yung Felix and more.

Earlier this year Sony/ATV signed a worldwide deal with Rihanna, while songwriter Cathy Dennis also rejoined the publisher in 2019, while this week it announced the recruitment of Dana Baxter as its new senior vice president, corporate communications.