'It's made a lot of people stop and take notice': Ninja Tune talks Bonobo's Grammy nominations 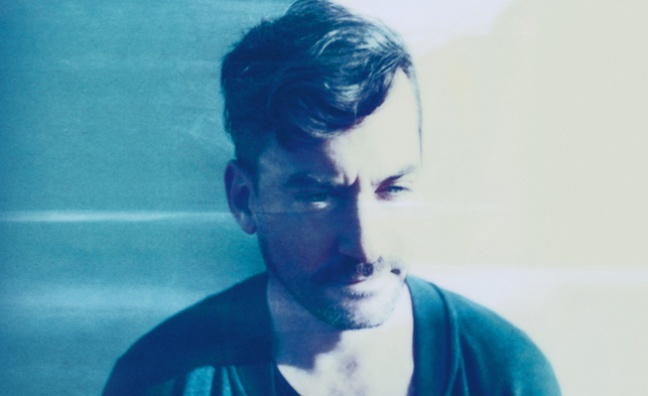 Peaking at No.5 in the UK, Migration also made No.59 on the Billboard 200. The album, released in January 2017, cemented Green’s status as a significant touring artist in electronic music - two Alexandra Palace shows are lined up for May/June promoted by Goldenvoice/Soundcrash. Increasingly based in LA, the artist, DJ and producer also played his biggest US tour last year. Ninja Tune’s North American label manager David Scadron talks Music Week through the US campaign and Grammy hopes…

What's Bonobo's standing in the US - what kind of audience does he have?

I would say his audience in America isn’t too dissimilar to his following in the UK, Europe and really everywhere else in the world. I think his music strikes a chord with a wide variety of people who are all interested in music that sits outside of the mainstream.

What kind of impact did Migration make in the US prior to the Grammy nominations?

While Migration is his most recent album to date, it’s also his most critically acclaimed in America. The amount of positive press we saw around its release was overwhelming and the audience response to the new songs when played live was really amazing to witness.

How have the nominations helped the album campaign?

I think it’s been an amazing profile look with a much more mainstream audience and a clear reminder that this record is not to be slept on. There is enormous credibility that comes with being nominated for a Grammy, especially within the music industry, and I think it’s made a lot of people stop and take notice of Bonobo as a proper breakout star who may not have otherwise.

How do you plan to build on these nominations to reach a wider audience?

We have several plans to re-package and re-market the album digitally and physically throughout the year that we hope will resonate with a larger audience, along with plans to strategically advertise to new fans we hope we’ll pick up via the profile gained around the awards.

How will this boost his live following - how active has he been on the road?

Simon is a touring veteran. He’s been relentlessly touring for years. DJing in clubs and storming the stage with his live band at festivals and venues all around the country. Upon the release of Migration in January 2017, he spent the entire last year on the road with his band performing at festivals like Coachella and selling out headlining shows at Red Rocks Amphitheater in Colorado, The Greek Theater in Los Angeles and many others. There’s no doubt that sort of touring regime has had a positive impact on his overall growth in America. I think having the attention of the mainstream now will only entice more interested folks out to his shows and allow him to achieve even greater ambitions on bigger stages.

What would a Grammy win do for Bonobo's US career?

It would add a tremendous amount of credibility to his name on a mainstream level and, again, introduce his music to a much wider audience then he would’ve had previously.

What are the future plans and ambitions for this album and Bonobo?

More touring and more new music! He’s always making music and hopefully he’ll keep rewarding all of us by sharing it.