'It's the death of art': Noel Gallagher on the co-writing revolution 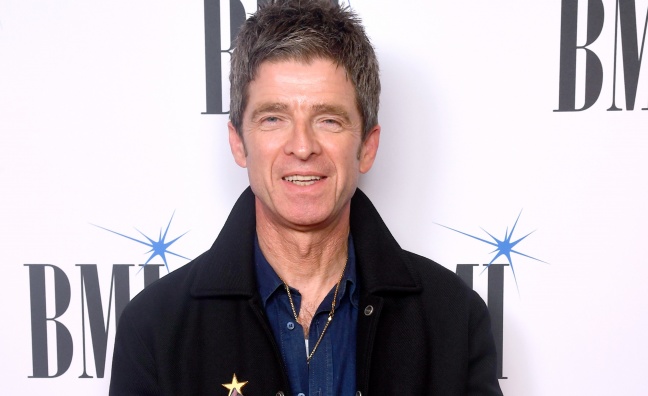 Noel Gallagher has branded the increasing use of multiple songwriters to pen the UK's biggest hits as "the death of art".

In contrast to Music Week's research, which revealed an average of 5.34 writers worked on last year’s Top 100 singles – up on 2017’s average of 4.84, Gallagher was the sole writer on each of his three chart-topping solo albums: 2011's Noel Gallagher's High Flying Birds, 2015's Chasing Yesterday and 2017's Who Built The Moon?

“I don’t get it," said the former Oasis hitmaker, speaking in last week's magazine, in response to the figures. "But this is all major record label shit: two guys do the beats, another one does the topline, another does this, that and the other. And in that sense it’s the death of art, because there are no artists – there are just writers and performers. There’s a clear line now: you’re either an artist, or you’re an act.

"I’m proud to be one of the last of a dying breed. Five people to write a song? If five people write a song, they should be in a band together. That’s why bands are dead."

The business is dictating what art should be

The Top 30 biggest hits of 2018 were written by an average of 6.7 people, up sharply from the previous year's 5.47. The numbers were skewed by some songs with a huge number of credits: Anne-Marie’s 2002 names 18 writers, while Travis Scott’s sample-heavy Sicko Mode features a remarkable 30.

"There’s just a different mentality in the music business," said Gallagher, who was honoured at last week's BMI London Awards. "It’s all geared towards the numbers. The business is dictating what art should be.

"A friend sent me some demos of this kid. He's a good lad with some good tunes, so I passed him on to a record label and he ended up getting a deal. And I said to him, ‘I’m only going to give you one bit of advice mate. When you get into that record label, they’ll listen to your songs and they will say this to you: “That’s fucking great... It’s not a single though. This is the guy that’s going to write a single for you." You’ve got to resist that at all costs.'”