"It will undoubtedly create a new generation of fans": Inside the new Pavarotti documentary film 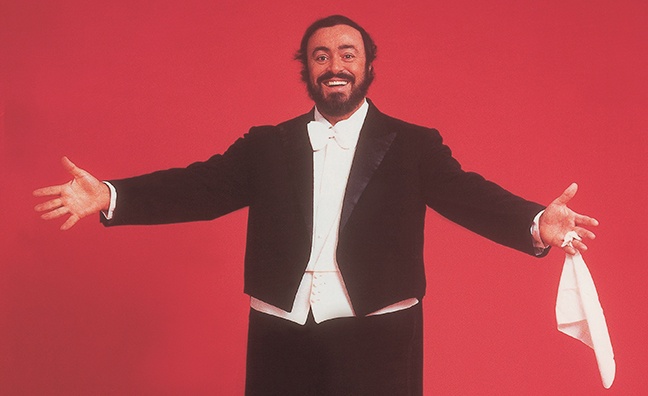 In the new issue of Music Week, we speak to a host of top names about the one and only Luciano Pavaraotti. The Italian legend’s life is the subject of a major new documentary film directed by Ron Howard [Apollo 13, The Da Vinci Code, Rush] and backed by Imagine Entertainment, White Horse Pictures, Polygram Entertainment and CBS films.

Christened simply Pavarotti, the global film event – released in UK cinemas on July 15 – is a celebration of the superstar’s life, from his childhood years in Modena, Italy to his meteoric rise on the global stage, including his work with Plácido Domingo and José Carreras in the Three Tenors.

“I think this movie can be appreciated by opera-goers and Luciano’s fans because what is delivered is an in-depth portrait of their idol,” Nicoletta Mantovani – Pavarotti’s wife and president of the Luciano Pavarotti Foundation – told Music Week. “But it will also be valuable for people who don’t know much about Luciano; the movie shows him before he became a star, his very human path, his humble family, and also his weakness and dark moments, as every person may have.”

To coincide with the documentary’s release there is not one, but two different album releases from Decca. The first is Pavarotti: Music From The Motion Picture Soundtrack, which follows the documentary’s narrative arc in capturing career-defining milestones – including his grandstanding version of Nessun Dorma. The second is the three-disc Pavarotti: The Greatest Hits, a 67-track collection of his best known collaborations (including duets with Bono, Elton John, James Brown, Lou Reed and Frank Sinatra).

“I think the soundtrack tells the story of the film very well, and illustrates the breadth of his artistry,” said Dickon Stainer, president and CEO, Universal Classics and Jazz/Verve Label Group. “But some people will want a short cut to the most famous music Pavarotti ever recorded, which is showcased in the Hits. This approach caters to both audiences.”

The process of representing Pavaraotti’s enormous legacy – even across two releases –was not, however, an easy one.

“Where to begin!” laughed Decca president Rebecca Allen. “Pavarotti was at the top of his career for 40 years, delivering so many incredible moments. The greatest hits, we hope, is just the beginning of the journey for many people. The gateway into a world of exceptional music.”

The notion that this documentary could be a gateway for new generations to not only discover Pavarotti’s discography but also classical and opera music itself was picked up by Terri Robson – MD of TR International Management Associates – who served as the late star’s manager between 2001-2007.

“It is very difficult to tell the story of Luciano Pavarotti in any new, original way, largely because the Maestro told it himself so well in the supremely authentic way he presented himself through his art and also through the many interviews he gave to the media during his extraordinary life and career,” Terri Robson told Music Week. “It was wonderful to see that Ron Howard produced a sensitive portrait of the great tenor in a way which will appeal, as Luciano did, to many people outside the world of opera. The big screen exposure will undoubtedly also create a new generation of fans for not only this legendary artist but for opera and the tenor voice.”