Keychange 2.0 rolls out global talent programme for hundreds of artists and industry professionals 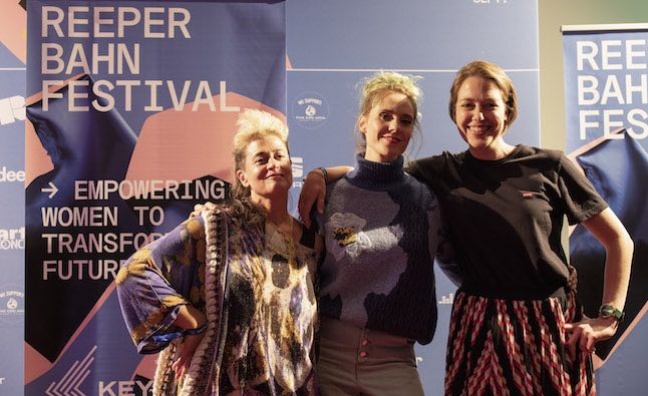 The next phase of the Keychange initiative on gender equality has been unveiled. The organisation is working towards gender balance within the music industry by 2022.

During the launch at Reeperbahn Festival, Hamburg, it was announced that Keychange will support 216 participants from countries including Canada, Estonia, France, Germany, Iceland, Ireland, Italy, Norway, Poland, Spain, Sweden and the UK.

The project will include an extended programme that will aim to develop and educate participants through a series of training and creative workshops, as well as a mentoring programme. Keychange 2.0 will also form a global database of all participants and pledge signatories.

Keychange 2.0 will support 74 participants each year. The participants will be made up of music creators and innovative industry professionals from Canada, Estonia, France, Germany, Iceland, Ireland, Italy, Norway, Poland, Spain, Sweden and the UK. They will take part in an extensive talent development programme of showcases, panels, workshops, training sessions, networking events and creative labs at 13 festivals across Europe and Canada.

The Keychange panels will feature skills support from partners including Songtrust and Soundcloud.

An open call for participants will launch in October 2019 through the Keychange website. Of the six selected per country, three will be artists and three will be innovative industry professionals.

Over 250 music organisations have now joined the pledge including End of the Road, Bella Union, Winter Jazzfest NYC, the Barbican and the Royal Albert Hall. The movement has received extensive support from the music industry including Dua Lipa, Paulette Long, Shirley Manson, Lauren Mayberry, Nadine Shah, Peaches and Kate Nash.

Alex Schulz, CEO at Reeperbahn Festival: "With Keychange 1.0, we have been addressing the necessity of gender equality in the music business since 2017. Phase 2.0 not only extends Pledge 2022 for balanced line-ups in festivals to other organisations and music sub-markets, such as venues, music radio channels, streaming services, but also our mentoring programmes and workshops as well as the European database, so that our innovators and artists can implement the transformative power of Keychange in the best possible way and carry it out into the world.

"In my view, for customising the future orientation of Keychange and for verifying the desired changes and goals, it is indispensable to have valid figures at hand on the current gender ratio, distribution of revenues in the sub-markets of the music business and the receptive behaviour. At present, we are having talks aimed at commissioning a study for Germany and the EU."

Joe Frankland, PRS Foundation CEO, said: “In Keychange 2.0 there’s a new extensive talent development programme that includes bespoke capacity building workshops at two major full-network meetings. We’ll host a peer mentoring scheme, and even more country partners that will bring more talent to the network, to our partners’ festival stages, and festivals globally. The huge demand that we’ve experienced for Keychange 1.0 proves the importance of collaboration and as more barriers are being presented, it is more important than ever we work closely internationally and proactively to make change.”

Mia Ternström, Keychange project manager, Sweden, said, “As a response to ’there is not enough female talent for an equal music industry’, Keychange will create a dynamic spotlight on the future! Based on the talented network of 282 talented women and gender minority participants in Keychange from 2018-2022, the database will stand out as ’the' indispensable tool for the inevitable transformation of the music industry towards balance and use of its full talent."

Kate Nash said: “It's encouraging to see all these organisations involved with Keychange because it means that things can finally start to change. Music is about feeling part of a community and feeling included - it’s about being seen and heard.”