#LRS ambassador Tim Burgess: 'My band formed because of a record shop' 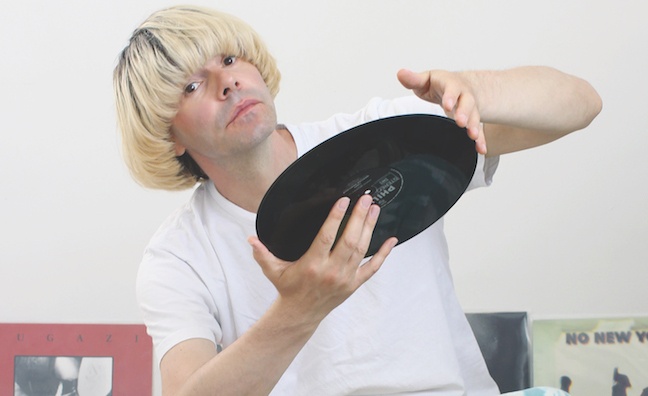 Tim Burgess has spoken to Music Week about the role that music retail played in The Charlatans' success ahead of this weekend's Love Record Stores event, of which he is ambassador.

The frontman, who stars on the cover of our latest issue, said the Omega record chain, founded by the band's first manager Steve Harrison, was instrumental in the formation of the seminal group.

“I lived in the great town of Northwich and there was a shop called Spectrum, which was later bought out by Omega,” said the 53-year-old. “I enjoyed spending time there and it was definitely part of the Charlatans story.

"Further afield, Piccadilly Records in Manchester was a place where I used to buy gig tickets and queue up outside for great records.

"My band formed because of a record shop. All of The Charlatans had a connection to this Omega shop at different points in time and I actually met Martin [Blunt, Charlatans bassist] in that shop. We spoke about clothes, records and bands. He didn’t like the band I was in and asked if I’d like to join his."

To view the virtual instore, visit www.loverecordstores.com where a full menu of all performances times will be available on the homepage. The programming will start at 7am tomorrow and will continue until 7am on Sunday (June 21). HMV has also signed up to the initiative.

Burgess, whose Twitter Listening Parties have become a viral hit during lockdown, lived in Los Angeles for more than a decade before returning to the UK and authored 2016's Tim Book Too: Vinyl Adventures From Istanbul To San Francisco about his love of record stores.

“The first record shop I went to [in LA] was a place called Aaron’s and I was blown away that they had an R Stevie Moore section," he recalled. "That was a big thing for me because he was someone that only existed on the internet as far as I was concerned. And then, of course, Amoeba opened and it was meant to be the biggest record shop in the world, I think that was their tagline. I went there every day just because I hadn’t got much else to do, but also because I liked being surrounded by records.”

Love Record Stores is separate to the UK’s annual Record Store Day, whose 2020 edition will now be split over three dates in August, September and October.

To read the Tim Burgess cover feature, subscribers can click here. The interview with Jason Rackham is here.