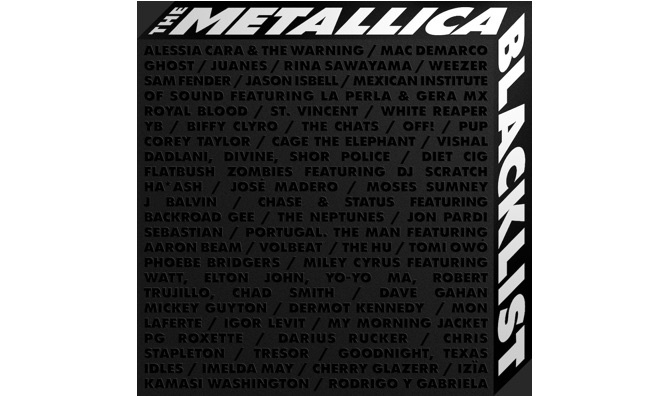 Metallica will mark the 30th-anniversary of their self-titled fifth album with a reissue package and a cover record.

1991's so-called "Black Album" is being remastered for vinyl, expanded and boxset editions, while The Metallica Blacklist will celebrate the band's influence, with 53 artists from a spectrum of genres recording tracks from the original record.

Miley Cyrus has covered Nothing Else Matters with Watt, Elton John, Yo-Yo Ma, Robert Trujillo and Chad Smith, while Juanes has re-interpreted Enter Sandman. Both tracks will be made available to those who pre-order the album.

Both the reissue and The Metallica Blacklist will be released on September 10.

Profits from the covers record are set to be split evenly between Metallica's All Within My Hands Foundation and 50 plus charities chosen by the artists who play on the album.