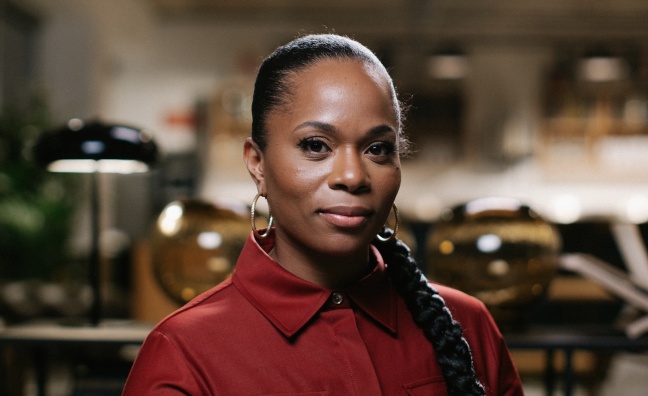 Black Lives in Music has given evidence on the first day of the Misogyny In Music inquiry, set up by the Women and Equalities Committee.

Chief executive Charisse Beaumont was invited to the hearing after Black Lives in Music (BLiM) released the results and findings of their survey in October 2021 - Being Black in the UK Music Industry Pt. 1 - which Music Week covered extensively. The report set out to capture data on the experiences of music industry professionals and creators, and included specific focus on misogyny in the music industry affecting Black women.

Beaumont was this month added to Music Week’s Women In Music Roll Of Honour for 2022.

In early 2023, BLiM is launching an industry-wide anti-racism code of conduct for the music industry, endorsed by the Independent Standards Authority (ISA), to raise standards and tackle discrimination. It covers issues such as discriminatory behaviour, micro-aggressions, support mechanisms for staff, mandatory anti-racism training, equal pay and contracts, career progression and achieving proportionate representation in the artist, technical and production communities.

During the first day of the inquiry, Charisse Beaumont gave evidence across multiple areas. Firstly, that Black women feel the need to change themselves in order to be accepted within the music industry, referencing the results of BLiM’s 2021 survey: “Out of about 900 women, 70% felt that they needed to change something about themselves to assimilate and be accepted into the music industry, and 43% of Black women had changed something about themselves to be more accepted. One of the comments we received was ‘I wanted to change my name and lighten my skin to be more appealing, to be accepted and fit in and have more opportunities’.”

Beaumont commented on the pay disparity between Black women and the rest of the music industry.

When discussing whether women face barriers to progression, Beaumont spoke about the lack of female producers within the industry.

“There is a low level of female participation,” she said. “If we're looking at producers, only 2.6% of producers are female. Female producers struggle to find their way to make it in the industry. They study it, they understand it, they are qualified, yet they can't seem to get into the room because of that male white male gaze, because they're seen as not technical.”

Beaumont brought up the importance of Black women in management in the music industry, citing the success of Little Simz and her team.

“There are women in leadership roles, who are now supporting independent artists, who are taking control of their brands and seeing women from a different perspective,” she said. “Little Simz, a rapper, completely authentic, beautiful, dreadlocks - she's gone on to win a Mercury Music Prize, she's won a BRIT Award. The person that's in charge of her career is a Black woman. And that's because she understands the culture, she understands Simz’ stance, and most importantly, she knows how to market and make someone a success.”

Beaumont called for more support for those affected by the issues, and clarity on the imposition of sanctions for perpetrators.

“The music industry is like the Wild West. There is no central place to report bad behaviour,” she said. “There could be more signposting, more obvious ways of showing that there's going to be a consequence to the perpetrator, and that you're going to be protected and safe."

Closing with Black Lives in Music’s approach to diversifying the music industry, Beaumont explained: “We work with the senior management level, CEOs, to actually help them reach their EDI objectives. We look at governance, marketing and comms, recruitment, retainment and staff, and actually diversifying. Also working on programmes to tackle the grassroots aspect, ensuring there’s pipelines so that young people can get a quality education.

“We work with Black, Asian and ethnically diverse people, ensuring that they have the chance to fulfil their aspirations in the music industry. In terms of EDI programmes, it's not a tick box exercise, and we're seeing some great headway in terms of diversifying our industry. But we are one organisation - there’s a lot that still needs to be done.”