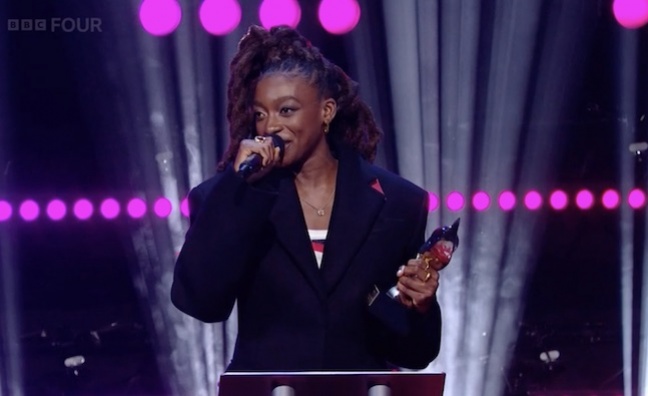 Little Simz has won the 2022 Mercury Prize for the best album of the last 12 months by a British or Irish artist.

The ceremony was staged at the Eventim Apollo in London tonight (October 18). It had been postponed last month following the death of the Queen.

Little Simz can now expect a career boost from the victory. The winning album, Sometimes I Might Be Introvert (Age 101/AWAL), has sales to date of 45,473, according to the Official Charts Company. It peaked at No.4 in the albums chart - a commercial breakthrough for the UK rap star, who won a BRIT earlier this year.

Accepting the award, Little Simz said: “I want to say a huge thank you to the Mercury and Free Now for this incredible, incredible prize. I want to say a thank you to my brother and close collaborator, Inflo. ’Flo has known me since I was so young, he’s stuck by me, we created this album together. There were times in the studio that I didn’t know if I was going to finish this record. I was feeling all the emotions and really going through it, and he stuck by me and pushed me to deliver this album for you guys."

As well as acknowledging her family, Little Simz thanked her management team at Forever Living Originals, AWAL, her fans and the other shortlisted acts.

“We all made incredible albums, we all changed people’s lives with our music,” Simz added. “And that’s the most important thing. So this is for us really.”

Little Simz was also nominated in 2019 for the Grey Area album.

The Mercury winner was decided by a judging panel of industry experts and broadcasters. It was presented on behalf of the judges by Jamz Supernova.

The 2022 Mercury Prize with Free Now ceremony was once again hosted by Lauren Laverne. Amazon Music was the digital music partner.

Harry Styles is on a major US tour and was unable to attend the ceremony. A filmed live performance of As It Was was part of the BBC Four broadcast.

Last year's winning album, Collapsed In Sunbeams (Transgressive/PIAS), has sales to date of 75,520.