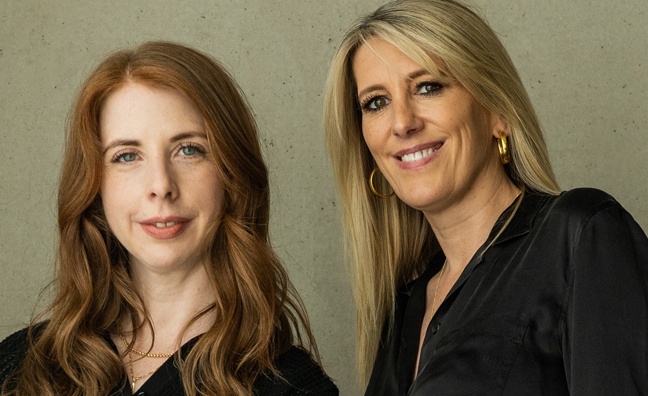 The platform has just commissioned exclusive remixes for the reissue of George Michael’s Older, which narrowly missed out on No.1. Amazon Music UK is also the digital partner for the Mercury Prize.

The Amazon Originals series which, in the UK, has spawned bespoke festive hits by Ellie Goulding, Jess Glynne and George Ezra and could yet yield a coveted Christmas No.1. Goulding’s cover of Joni Mitchell’s River (324,899 sales, OCC) went close in 2019, topping the UK chart in the year’s final sales week.

Why do you think it’s important for Amazon to support new music?

LL: “I’ve spent the last eight years trying to secure opportunities for artists and now I want to be a part of helping create them. [New acts] are the lifeblood of the business, but it’s so hard to cut through now, there’s a lot of noise. That’s OK when you’re up and running, there are opportunities and you have your fanbase, but when you’re just starting to build your community, that’s when you need a helping hand. It’s a big part of the reason I took this role, seeing what we could do for both artists and customers. We want to be on a journey from the very beginning. We can support on a local level, then regionally, then globally.”

Does that way of thinking help Amazon as a business? Do artists come back to you if you were there at the start?

LL: “I really believe they do. If you’ve been with a service from the start, then you have a relationship that feels important and special. We don’t want people to just come in and do one thing. We want to show consistent support.”

JG: “Our customers really value discovering new music and this is one way to help them do that. My team is made up of major, major music fans. We want to give people things that only Amazon can do, a big feature on Prime Video or a global livestream on Twitch, for example.”

LL: “We think hard about the creative proposition and what our customers really want. Our Breakthrough programme supports new talent at key points in their career. And we work with each artist individually and try to come up with innovative ways to connect with fans. Recently, with Alfie Templeman, we created the first ever virtual festival on Minecraft to coincide with the release of his album. It was all Alfie’s vision, we helped to bring it to life and then to support it with playlist programming, social and marketing content.”

How does an artist get playlisted? Do you lean more towards editorial decisions or data?

JG: “It’s a mix of both. Acts can pitch their music via the Amazon Music For Artists app [which also serves as an analytics destination offering insights into streaming performance] and then, obviously, our teams are also working with artists, managers and labels to select people for projects. It’s both an art and a science. But we can’t be successful if we don’t have a local team, and Laura is making really good decisions based on behalf of the UK customer. That human element is vital and, at the same time, it’s really helpful to be able to learn someone’s preferences and be able to present them with the right music at the right time. So I think that there’s a place for both editorial and data.”

Your +44 brand has been making waves in UK Black music, will we see similar work across other genres?

LL: “Rock is important to us too. We had the rising [Rock Scene] stage at the Slam Dunk festival in both Hatfield and Leeds, with artists like Neck Deep and Hot Milk playing. We also returned as the headline sponsor for the Heavy Music Awards. Elise Cobain, who leads rock and indie for us, is so immersed in the scene. Dance music is also looking big for us, we recently launched a new dance series and secured some amazing content, things like original remixes from David Guetta, Jax Jones and Clean Bandit. We also have a great partnership with the Tomorrowland festival. We’re making great strides with dance music as a popular genre on the service and we are driving consumption for dance artists.”

We’ve talked about your work with emerging artists, but how important is catalogue to you?

JG: “It’s incredibly important. There’s no better example than what happened with [Stranger Things using] Kate Bush’s Running Up That Hill (A Deal With God). We had an exclusive cover of the track by Kim Petras that was part of our playlist for Pride Month, so we were able to push that. It was a big moment for all streaming services, ours included, and it just shows you that catalogue is important to music fans in general. But it’s also important to what is happening in music today. In terms of figures, catalogue is one of the most important things we have. We have a global programme called Rediscover that allows users to discover catalogue and we also use it on local playlists.”

So, what can Amazon do to boost the profiles of bigger artists?

JG: “All of the projects we do with big artists are bespoke, and it’s hard to give a standard playbook because there isn’t one. Obviously, we can move at speed when we need to, but generally the more time we have to work on something, the better it will be. We want to make what they’re doing even bigger. Good examples of that are when we’ve partnered with Coldplay and Ed Sheeran on global livestreams. With Ed, we also worked with him on something we called Butterfly House, a fully immersive experience that he was involved in designing where fans could listen to the songs from his last album. We’re leveraging the customers that are on Amazon Music, Twitch and Prime Video to amplify what we’re doing.”

LL: “We are in conversations with some really sizeable artists and it’s exciting because we’re asking, ‘How creative do you want to be? What do you want to achieve?’ We can really go in any direction.”

Where do you see Amazon in the streaming market overall, then?

JG: “There are two ways we probably have expanded the market. One of them is through voice, with Alexa and Echo. It’s just the easiest way to listen to music. There’s nothing more simple than asking for something. The other part we have helped with is by being one of the first major streaming services to incorporate HD, Ultra HD and spatial audio. We’ve brought that to more music fans and they’re really engaging with it. On the app, you’re able to toggle between the standard version and the Ultra HD or HD or Atmos version. And people are doing that. They want to hear the difference.”

There’s a cost-of-living crisis going on and some services, Amazon included, are raising prices. What do you think you’re doing to give customers value for money?

JG: “We can’t directly comment on price, but I do think that when you look at the value of services, for example, Prime Music is included with Prime subscriptions and we continue to try to make that better all the time. And then with Amazon Music Unlimited, we’re just trying to create as much value for the customer as possible. There’s the music itself, but also all of the things we’re adding on with editorial and livestreaming.”