Amazon Music on backing the 'raw energy of the rock scene' 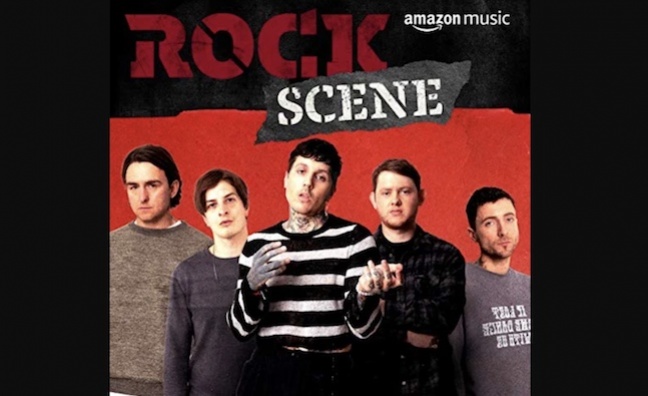 Following our Q&A with Spotify on supporting the next generation of rock bands, now it’s Amazon Music UK’s turn.

In the latest rock issue of Music Week, we crunch the numbers on streaming for heavy music this year, which shows the power of classic catalogue from Queen, Led Zeppelin, Green Day and AC/DC alongside new music from Slipknot and cover stars Bring Me The Horizon.

As well as supporting the Heavy Music Awards, Amazon Music UK has partnered with bands on its Amazon Originals Orchestral series. Nothing But Thieves’ Top 3 album Moral Panic was promoted with an Amazon Music billboard in Times Square.

How are you supporting rock as a genre on the platform?

“Rock is an important genre for Amazon Music. We celebrate and promote the diversity and raw energy blasting out of the rock scene, showcasing tomorrow’s headliners in an unashamed way and nurturing one of the richest and most vibrant music scenes in the world. We curate a broad selection of playlists and stations to reflect the diverse nature of the genre. We acknowledge classic rock diehard fans through playlist brands like Rock Arena, as well as artists that are spearheading the next generation with our multi-platform brand Rock Scene. Rock Scene is Amazon Music’s global modern rock playlist brand that has spawned live events, released unique digital content pieces and been key in defining our relationship with the rock space for both fans, artists and industry.

“Rock is also a genre supported through our Rediscover brand. Amazon Music has remained a key ally in supporting artists from the genre – as well as support via our playlists, you’ll regularly find rock artists up in lights in cities around the world, We were proud headline sponsors of the Heavy Music Awards in 2020 and have released a number of fantastic Amazon Original tracks with rock artists, including a series of orchestrated Amazon Originals recorded at Abbey Road.”

Are there any current or recent editorial campaigns you can highlight?

“We developed an orchestrated Amazon Original series with Nothing But Thieves and Biffy Clyro, recording orchestral-backed versions of their new songs at Abbey Road which fans have devoured, supported by bespoke music videos from the sessions that drove thousands of video views. We were headline sponsor for the Heavy Music Awards, supporting the Best UK Band and Best Album award categories, and were able to amplify the event through the global reach of Amazon Music, as well as providing a broadcast channel for the show through our dedicated channel on Twitch.”

What are the key rock playlists for new and current releases, and how important are they for the rock community?

“We curate a broad selection of playlists and stations to reflect the diverse nature of the rock genre. Rock Scene is Amazon Music’s global modern rock playlist brand that has spawned live events, released unique digital content pieces and been key in defining our relationship with the rock space for both fans, artists and industry. Not only is it our lead playlist offering for a modern rock fan, but one that celebrates the diverse sounds and energy in rock today across cultures and continents. We’re just as excited about the latest Bring Me The Horizon track as we are Canadian newcomer JJ Wilde. At the same time, we acknowledge classic rock die-hard fans through playlist brands like Rock Arena.”

The rock issue is out now – click here for our exclusive report on rock and streaming.