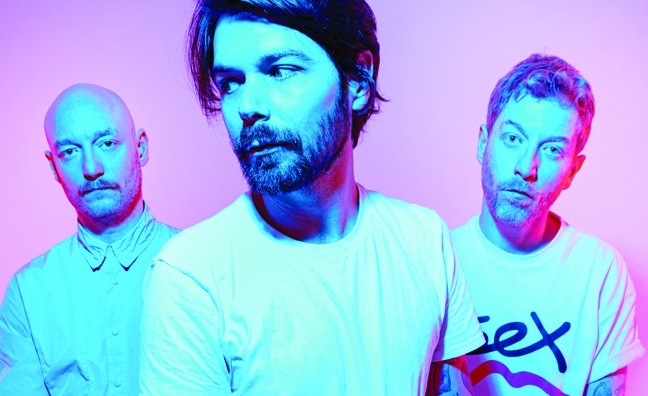 In the new edition of Music Week we welcome Biffy Clyro to our cover for the very first time.

Ahead of the release of their excellent new album, A Celebration Of Endings, Simon Neil, Ben and James Johnston, plus manager Paul Craig and Warner Records president Phil Christie, reflect on their incredible journey so far. Inside, the trio speak about how – eight records in – they are more determined than ever before to keep building and evolving as a band.

Elsewhere, in a career-spanning interview, the group open up about everything from songwriting to their indie roots, major label success, headlining festivals, The X Factor and mental health.

In the feature, Biffy also speak about the importance of grassroots venues that played such a big role in their evolution and stress that the government must do everything it can to prevent them from closing.

“If venues disappear, we’re losing a generation, if not more, of talent,” Simon Neil told Music Week. “Be it a hip-hop star or a rock band or an electronic act, that’s how the next generation blossom. If the government doesn’t get it right, we’re losing one of the UK’s most valuable assets. The music that comes from this small island is, across the board, astounding. There’s generations of kids that are going to lose opportunities from study to job opportunities, we cannot fucking rip the culture away from them as well. All they have is this expression. Yes, airlines are important, but should they get bailed out before the fucking culture of the country? No, I don’t think so."

Neil continued: "The government [have been] treating it like a leisure activity, like it’s a fucking hobby or something. This is a defining characteristic of our country. One of the few things to admire about our country is the culture and most of these fuckers in the government won’t have been to a gig or a show ever. Maybe Gary Barlow doing an acoustic performance for a charity and that’ll be the closest… They did not see Eyehategod at the Limelight in Belfast! But they need to. That’s the fucking problem. The government are saying, ‘We can have the crowd six metres away’ and ‘band members three metres away’ – are you fucking joking? Have you ever been in a venue? If everyone’s playing an arena, maybe!”