'Everyone wants to work in catalogue now': UMC's Spice Girls team on the business of classic albums 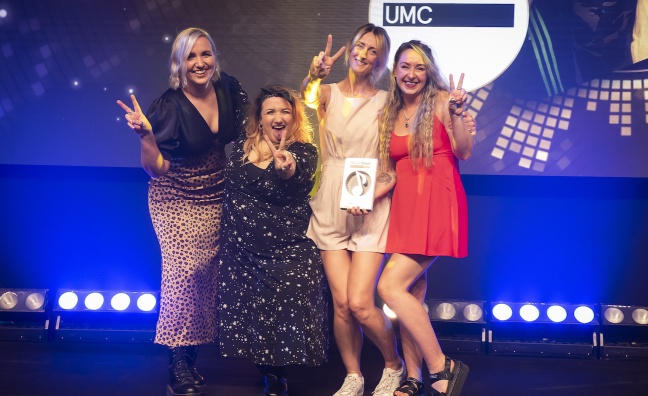 The catalogue boom has been a big story in the last couple of years.

Thanks to streaming, and also vinyl sales growth, some huge acts seem as big as ever in terms of recorded music and end-of-year chart rankings.

It also means a key category at the Music Week Awards is increasingly competitive and, arguably, even more high-profile. UMC were the winners of the Catalogue Marketing Campaign category last month. A different UMC team won last year for Bob Marley.

“We got nominated in 2019 with the Spice Girls, so to win it this year is just amazing,” Hannah Chadwick, senior marketing manager, told Music Week.

The winning campaign marked the 25th anniversary of the Spice Girls’ debut, Spice.

UMC aimed to show how the group shaped culture with an inclusive campaign concept, IAmASpiceGirl, that targeted superfans. Merch was also a key element through UMG’s Bravado division.

The campaign secured strong DSP backing, with Spotify recreating the Spice Bus with lookalikes, as well as strong editorial support. Peloton launched the Spice Girls Artist Series with eight classes, including a surprise appearance by Mel B.

“It’s been a career highlight to market the celebration of one of the most influential pop groups and albums of all time,” UMC'S director of creative content Sophie Hilton told Music Week last year. “Spice Girls 25 has been a campaign the UMC team approached from a different angle. We know the stories of the Girls, but we hadn’t yet heard the stories of the devoted global fans, so we turned the lens on them, under the campaign title of I Am A Spice Girl – bringing an emotive connection, personalisation and sense of ownership to the fan.”

Twenty-five years on, the Spice Girls are still so culturally relevant

The debut album re-charted at No.5 - the first time it had returned to the chart in 23 years despite previous reissues. A limited edition Wannabe EP was also released.

“Twenty-five years on, they're still so culturally relevant and just so mean so much to so many people,” said Chadwick. “We're all big Spice Girls fans, so to work on it was such a privilege. Our whole campaign was about what they meant and what they stood for - individualism, positivity.”

Following their win at the Music Week Awards 2022, the work continues with the team already making reissue plans for this year’s 25th anniversary of the Spice World album.

“The whole point is to keep the catalogue going for the next generation as well,” added Hilton. “It's actually just fucking good music! And it's just as relevant now as it was then.”

“Catalogue is now at the forefront of everyone's mind,” added Chadwick. “Catalogue is actually so important now to the business. Everyone wants to work in catalogue, because it's just such a privilege to be there. There are so many great artists who we work with, it’s not just the Spice Girls, it's The Beatles, Elton John…”

UMC and Polydor are also rolling out a comprehensive ABBA box set campaign.

With labels now routinely launching catalogue activations in advance of new music, Hilton said it was vital for artists with a track record of releases to factor that into a new campaign.

“One of the most important things for us is trying to work on the mindset of the artist and management as well,” she told Music Week. “We want to help them understand that putting out a frontline album is wonderful and always will be their priority, but it’s also about looking back at their career holistically. Once you get to catalogue, it's a brand - it’s not just about the future release, it's about everything before as well. So it's really important that they lean in too.”