Label execs on album campaign evolution: 'The catalogue team will be involved from the start' 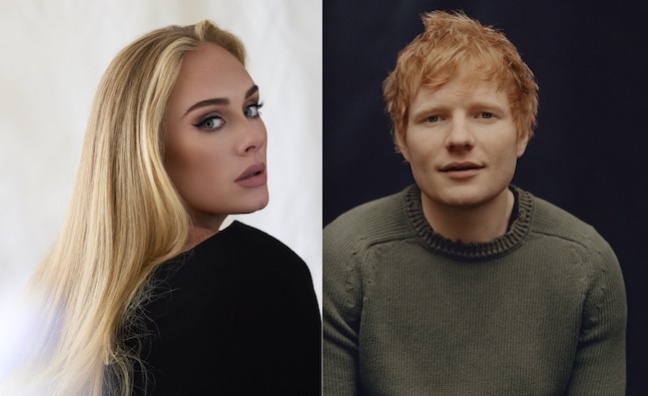 The traditional album campaign is now increasingly a plural event. Labels are now working on multiple catalogue albums from a returning artist, alongside a new release.

Based on Music Week research, catalogue (releases that came out 18 months ago or more, plus hits collections) increased to 59% of the Top 100 artist albums in 2021. There’s a similar trend in the US, thanks to streaming.

For almost every new hit album by an established act, streaming is powering catalogue consumption of their older releases.

Ed Sheeran’s = is battling to return to No.1 this week. Warner Music UK’s newly promoted SVP of commercial, Linda Walker, has played a key role in all of the UK superstar’s album campaigns, which is highly useful at a time when there are big opportunities for catalogue.

“I’ve been lucky enough to work in the commercial team for all of Ed’s album releases and they are such exciting projects to work on,” she told Music Week. “As soon as Bad Habits started to fly, and knowing what other tracks we still had to come, it was clear we had a great campaign ahead of us. It’s hugely significant that the album jumped back to No.1 post-Christmas, as it showed us this record has the momentum to keep on selling through 2022 and beyond.”

Warner Music has some streaming perennials in the Top 10 albums of the 2021, including Ed Sheeran and, at No.9, Fleetwood Mac’s collection 50 Years - Don’t Stop (Rhino), which moved another 193,621 units in 2021. Rumours wasn’t far behind (No.17, 150,565) - you can read about the chart achievements of Fleetwood Mac’s classic album here as it marks 45 years since its chart debut.

David Bowie’s Legacy collection (No.42, 103,263) is another important release for the Warner catalogue division, particularly as the major recently secured the rights to Bowie’s post 21st century albums. Bowie is No.1 on vinyl ahead of The Beatles for the 21st century.

“At Warner Music we are  proud of the incredible catalogue we have,” said Linda Walker. “We treat our catalogue with the same love and attention that we do our new releases. I love that people are discovering or re-discovering the classic albums. This all feeds people’s love of music and desire to discover new records, which benefits both catalogue and new releases.”

Of course, catalogue has been boosted by the move from a payment to a consumption model, which Adele has embraced with the release of her first album in six years.

The frontline and catalogue teams work more synergistically than ever before

“What we are primarily here for is to invest in and develop new artists – they are the lifeblood of the industry,” said Charles Wood, VP of market planning and sales at Sony Music UK. “Catalogue is a growing part of the market - and accounted for 71% of streams in 2021 – up 4% on 2020 (using an 18-month definition).

“The frontline and catalogue teams work more synergistically than ever before. When a new artist project is announced, often the catalogue team will be involved from the first meeting, to discuss how catalogue activations can be used to warm up the fanbase before the new music has even left the studio. It is so competitive to break music now that we have to use every advantage we can.”

Catalogue continues to perform strongly for Universal Music UK, including Queen, Elton John, ABBA and Eminem in the overall Top 20 for last year. Following his Super Bowl performance, Eminem’s hits collection Curtain Call is at No.8.

Fleetwood Mac’s 50 Years - Don’t Stop is at No.9, followed by Little Mix’s retrospective, Between Us.

In some cases, catalogue is even outperforming a new release. The Weeknd’s The Highlights collection is at No.13, just ahead of new studio album Dawn FM at No.14.

ABBA’s Gold collection (No.22) is ahead of new album Voyage (No.58), last year’s biggest seller on vinyl. Both the 2021 comeback LP and greatest hits will likely get a boost with the virtual ABBA Voyage performances from May 27.