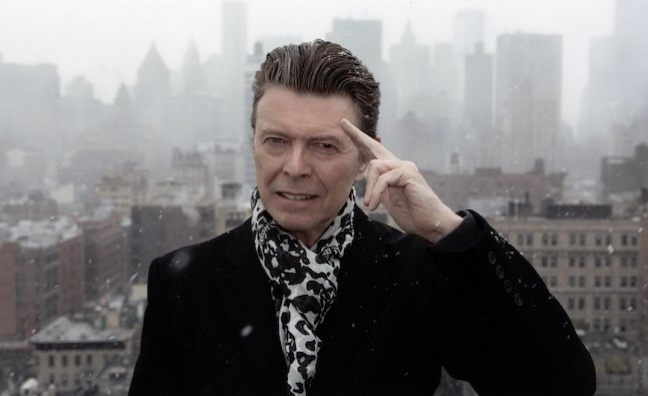 Based on Official Charts Company data and Music Week analysis, the album has cemented David Bowie’s leadership position for UK vinyl sales in the modern era.

Music Week revealed the release strategy for the album - recorded in 2000 and then shelved - that was finally released on the day before Bowie’s 75th birthday. The music icon’s estate has partnered with labels on a Bowie75 celebration of his career, including a series of remixed albums in 360 Reality Audio by producer Tony Visconti.

Toy, released in a Toy Box edition, features re-recordings of material David Bowie first recorded between 1964 and 1971. The 12 tracks were included in the Brilliant Adventure box set last month (No.24 peak - 8,373 sales to date including 3,897 from streams). They are accompanied in the Toy (Toy Box) by a further 26 recordings including alternate mixes, demos and b-sides. The Toy release debuted at No.5 on Friday (January 14).

The sales revenue from the Toy project will be substantial as Rhino moved almost 1,000 (989) copies of the six 10” vinyl box that retails at almost £120 on the official website. Total week one sales for Toy were 7,400, including the vinyl sales, 5,851 CD box sets priced at £26 (currently sold out on the official store) as well as 240 downloads and 304 sales-equivalent streams.

Toy is Bowie’s 73rd Top 75 album and 35th Top 10 album (including Tin Machine releases). It was the week’s overall biggest seller on physical formats (based on substantial CD volume), but another Bowie LP - one of three Top 40 entries - claimed the most vinyl sales of any album in the past week.

The third album appearance in the latest chart is 2016 Bowie compilation Legacy, which jumped 38-19 (3,231 sales), reaching its highest chart position for exactly a year amid the Bowie75 campaign activity.

The impressive sales performance will further establish Bowie’s pre-eminence in the vinyl market, where he leads the decade and century to-date sales chart. As revealed by Music Week’s chart analyst Alan Jones in his latest column, Bowie’s vinyl sales for the 2000s of 582,704 (calculated up until January 6) place him ahead of the only other act to top half a million units on the format – The Beatles (535,596 sales).

While Bowie and The Beatles didn’t secure an entry in last year’s Top 10 vinyl sellers (headed by ABBA), the breadth of their catalogue has enabled them to pull ahead of other acts for combined sales during the current vinyl revival.

The vinyl format has experienced 14 consecutive years of growth, according to the BPI. In the US, vinyl has overtaken CD in unit sales for the first time in decades.