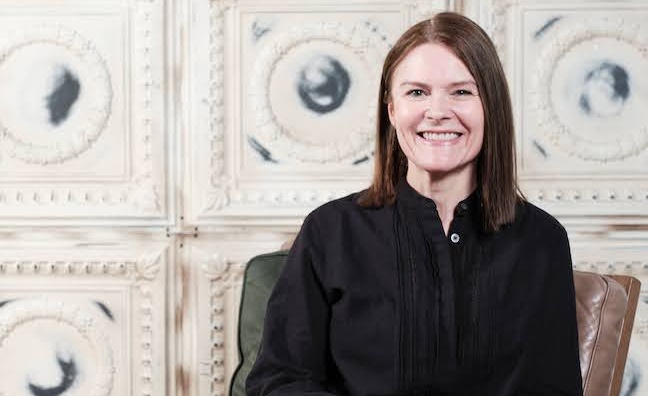 She started her new role in December, reporting directly to Tony Harlow, CEO of Warner Music UK, and has joined the WMUK senior management team.

In her new position, Walker, who has been with the business since 1990, heads up all aspects of Warner Music UK’s commercial relationships with digital services and physical retailers, including those in the independent sector. She will also oversee the activity of WMUK’s research and analysis department, run by Nick Allum, VP, commercial & analytics, UK and Europe, which handles the gathering and assimilating of data for strategic purposes.

It’s the end of an era at the major as Derek Allen exits the role, which expanded to cover Europe during his tenure. He’s overseen challenges including Brexit, Covid and the vinyl supply issues.

Allen made the decision last year to step down from the business. He had spent almost a decade with WMUK, joining when the company acquired Parlophone Label Group, and had worked at EMI for many years before that.

Linda Walker said: “I’m excited to step up into this new role. The music industry is moving faster than ever and we have to be nimble to thrive. But at the same time, it still all comes down to putting out great music and convincing others it’s as special as you know it is. I’m also excited to be part of the senior management team at WMUK, so I can help move us forward as a company.

“I want to thank Tony for the opportunity and Derek for his support and friendship over the years. I’ve learnt a lot from him and hope to live up to his expectations!”

Tony Harlow said: “Linda is a prized member of the Warner Music family, and I’m glad that we can recognise her long-term contribution in this way. Linda joined the music industry when only a handful of women were working in commercial teams, which makes her achievements even more impressive.

“She continues to bring determination, passion, and business acumen to everything she does, including her role as co-chair of our Women of Warner employee resource group. While Linda has already had a hand in changing our company culture for the better, I can’t wait to add her voice, passion, and wisdom to our UK senior management team so that we can bring about positive change even faster.”

Harlow added: “I can’t thank Derek Allen enough for what he has done for the business at Warner, and before that at EMI. We are losing a key strategist, which is important, but a great friend, which matters more. It was a bitter pill when he decided to retire, but we all hope to see him again often and wish him and his family all the best.”

Walker started her music industry career behind the counter at the Shooting Star record shop before joining Warner Music in 1990. She initially moved to Brighton to look after the South Coast, until her promotion to national account manager brought her back to London.

She later moved to Warner Music’s WEA division (now WMX), supporting all the Apple accounts across Europe, before re-joining the commercial team as vice president in 2018 to oversee the delivery of all of Warner Music’s releases in the UK and Europe.

Walker has overseen the release of some of the UK’s biggest albums including No.1 records from Coldplay, Dua Lipa, Ed Sheeran, Foals, Jess Glynne, Liam Gallagher, Michael Bublé, Muse and Rod Stewart. She was also at the heart of the unprecedented success of The Greatest Showman soundtrack, which has sold more than two million copies in the UK alone.

Walker’s  success was recognised when Music Week inducted her into the Women In Music Roll of Honour in 2020.