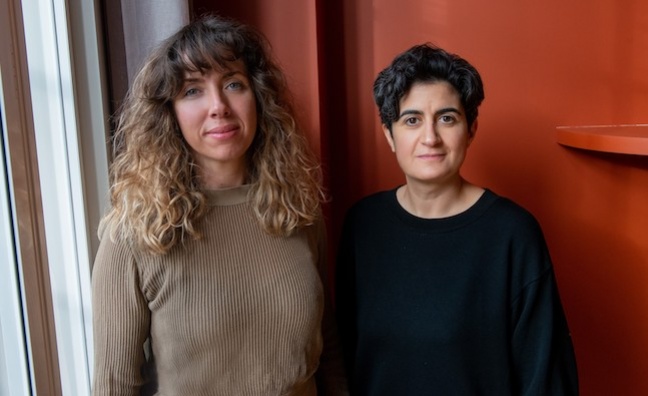 Universal Music UK has announced the appointment of Hannah Neaves and Azi Eftekhari as co-presidents of its catalogue division.

The two experienced execs will lead “cross-generational, global discovery of UK repertoire from the biggest and most diverse music catalogue in the world,” according to a statement.

Reporting to chairman and CEO David Joseph, Eftekhari and Neaves join Universal Music UK this week, between them bringing 40 years of experience at the forefront of record labels, artist management and tech to their new roles.

Universal Music catalogue’s bestsellers of 2021 include The Beatles, Queen, Elton John, The Rolling Stones and Amy Winehouse. The appointments come as catalogue is taking a growing share of overall sales and streams.

Hannah Neaves has been instrumental in developing the careers of some of the world’s biggest artists, including Dua Lipa, Ed Sheeran, Rihanna, Ellie Goulding and James Blake.

Azi Eftekhari oversaw the launch of YouTube Music across Europe and the roll out of the Google Play subscription service in over 40 countries as head of label relations (EMEA) at YouTube/Google. She brokered the deal which saw Google Play (and later YouTube) become the official digital partners of the BRIT Awards in 2016, 2017 and 2020.

She was previously director of digital and publicity at Mercury Records and the first head of digital at Universal Music Catalogue in 2007. She has served on the board of both the Official Charts Company and the Entertainment Retailers Association.

Azi and Hannah are extraordinarily dynamic and creative executives

David Joseph said: “I want the best team and future focused ideas to deliver for the songs, albums and artists that make up the greatest catalogue of music in the world. Azi and Hannah are extraordinarily dynamic and creative executives who will bring this and so much more.”

Hannah Neaves and Azi Eftekhari added: “This is an incredible opportunity to dive into the world’s biggest and most culturally relevant catalogue. Building on what the already exceptional Universal Music team have achieved, we are looking forward to taking their artists and music to new audiences around the world.

“This is a pivotal moment for catalogue. Music has never felt more alive, more obtainable, or more discoverable and we are excited to help shape the ongoing cultural impact of this unrivalled repertoire.”