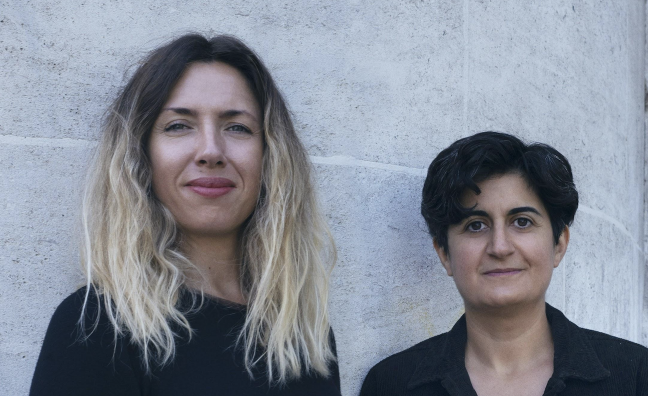 Neaves, Tap Music’s head of global marketing and artist development, and outgoing head of label relations (EMEA) at YouTube/Google, Eftekhari, have experience across management, labels and digital. A press release stated that Remedy Inc launches with a remit to “deliver creative work that has a cultural impact”.

The company will craft campaigns for clients across music and entertainment and is already working on several projects, including a film for YouTube’s Legacy Series featuring Pa Salieu, Ms Banks, Tiana Major 9, NSG, George The Poet and a range of black British fashion brands. Remedy Inc is also managing paid livestreams for Universal’s Mercury Studios. More work with Google, Playful Productions and Project Everyone is in the pipeline, with further clients to be revealed.

Meanwhile, Neaves has moved into a new role as creative director at Tap, which will continue alongside her work with Remedy Inc.

Hannah Neaves (above, left) said: “Azi has long been a pivotal player between the worlds of music and technology and I feel privileged to be starting a business in such esteemed company. I’m looking forward to continuing my relationship with the phenomenal team at Tap Music in parallel with my exciting new venture with Azi”

Azi Eftekhari (above,right) said: “Hannah's exceptional taste and creativity have been instrumental in shaping so much of the recent popular culture that I love, and I'm incredibly excited to be launching Remedy with her. I can't wait to focus on delivering culture-defining work for our clients in the months and years to come.”

Across a variety of roles in labels and management Neaves has worked with a range of acts including Dua Lipa, Ed Sheeran, Rihanna, Ellie Goulding and James Blake. Her career started at intern level at EMI, and she subsequently became head of artist development at Polydor and marketing director at Atlantic before arriving at Tap Music.

At YouTube/Google, Azi Eftekhari oversaw the launch of YouTube Music across Europe and the roll out of Google’s Google Play service in more than 40 countries. She was instrumental in the deal between the BPI and Google that led to Google Play and later YouTube partnering with the BRIT Awards in 2016, 2017 and 2020.

Eftekhari previously worked as director of digital and publicity at Mercury Records. She has served on the board of both the Official Charts Company and the Entertainment Retailers Association.