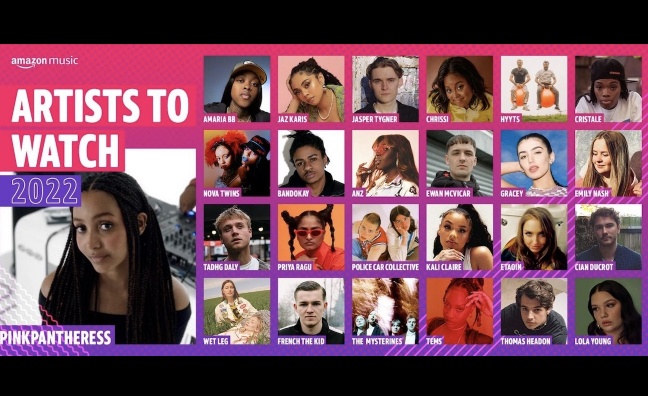 Amazon Music has announced its Artists To Watch 2022 list, highlighting UK talent on the rise who will be supported by Amazon Music over the next 12 months.

The 25 artists, who were handpicked by Amazon Music’s programming team, include a wide range of genres and musical styles.

The Artists To Watch 2022 artists will be supported through placements across Amazon Music’s playlists and stations throughout the year, alongside an additional focus on new releases and partnership opportunities which will be announced next year.

Amazon Music also celebrates UK artists across the globe through curated playlists like +44, the brand which is dedicated to spotlighting and celebrating UK rap, R&B, grime, drill and Afrobeats.