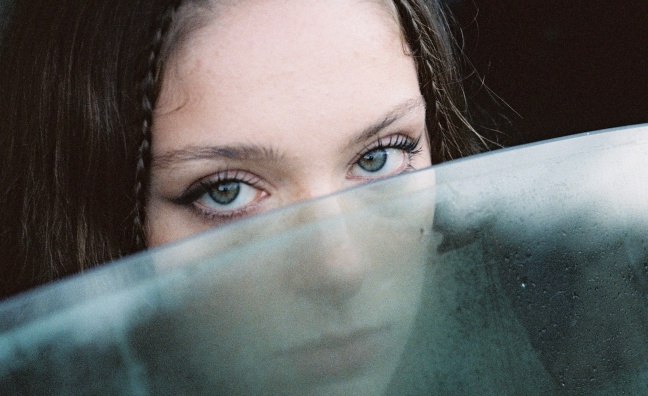 Holly Humberstone continues to make waves in 2021, following the recent announcement of a Universal Music publishing deal by signing to Polydor.

Humberstone previously put out music via Platoon, and has now signed with Polydor in the UK and Darkroom and Interscope in the US.

Polydor co-president Tom March said: “I fell in love with Holly’s music and the incredible world she creates for it from the first moment I heard her. She’s a creative tour de force and we’re so excited to be working with her and her brilliant team”.

Fellow co-president Ben Mortimer commented: “Holly is a once in a lifetime artist. She has already made great strides in establishing a long career for herself, and we at Polydor feel very lucky to now be able to help her with that journey.”

Holly is a once in a lifetime artist

Darkroom CEO Justin Lubliner said: “Holly is an incredible artist with such unique talent. We are thrilled to have the opportunity to work alongside her and her awesome manager Josh Sanger to help amplify her creative vision. We love her music and we can't wait to hit the ground running!”

Interscope Geffen A&M chairman & CEO John Janick said: "Holly has a singular voice and distinctive aesthetic which is why she is already building a passionate fanbase around the world. We are so excited to welcome her into the IGA family."

Humberstone was the runner-up in the BBC’s Sound Of 2021 poll and featured in Music Week’s On The Radar column at the end of last year. In our interview, she discussed the possibility of one day signing a major deal, saying she planned to “do things differently”.

The 21-year-old singer has been working on new music with The 1975’s Matthew Healy. BBC Radio 1 selected Humberstone for the Brit List, while she has also enjoyed support from Apple Music and Vevo. She appeared on The Late Late Show with James Corden and has also performed for Jimmy Kimmel on US TV.

Humberstone has 1,801868 monthly listeners on Spotify. Read our On The Radar interview here.