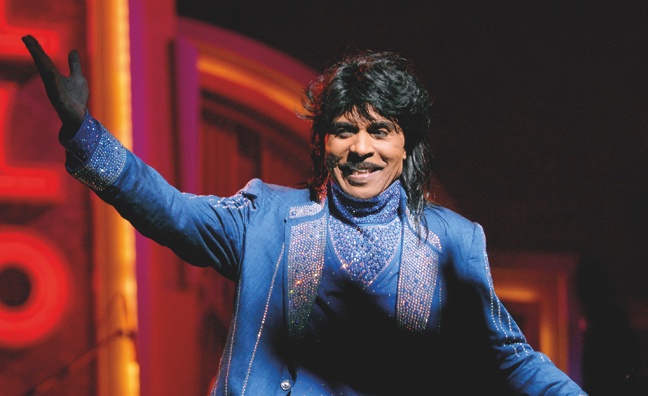 The music industry has taken to social media to mourn the loss of Little Richard. The star – real name Richard Wayne Penniman – died aged 87 in Tullahoma, Tennessee. His family confirmed the news on May 9, the cause of death was stated to be bone cancer.

Little Richard had a profound impact on the evolution of modern music. In influencing everyone form Elvis Presley and Elton John to The Beatles, Rolling Stones, David Bowie, James Brown and Deep Purple, he is widely recognised as the founding father of rock’n’roll.

Little Richard was inducted into the Rock And Roll Hall Of Fame in 1986 and received a Lifetime Achievement Award at the Grammys in 1993.

A host of top names have paid tribute to the star online. You can read a selection of them below:

The great Little Richard rocked every molecule in n front of his stage ....in HipHop our version of the one man wrecking cyclone is @llcoolj so called music authorities still can’t see the analysis because they couldn’t even acknowledge Little Richard properly

I just heard the news about Little Richard and I’m so grieved. He was my shining star and guiding light back when I was only a little boy. His was the original spirit that moved me to do everything I would do.

RIP Little Richard, a very sad loss. My thoughts are with his loved ones.?
?
It’s Little Richard’s songs that pioneered rock’n’roll. I got to hear him and his band at the Newport Lounge in Miami and boy were they good. ? pic.twitter.com/JXgahhJAfk

#LittleRichard was a genius, pure and simple. He paved the way for (code for he was ripped off by)so many artists. Watch his YouTube performances to see what I mean. I met him on "Down and Out in Beverly Hills", in which he was hilarious. What a legacy. God bless you, Richard. https://t.co/Mz9UPzwYth

RIP Little Richard. The man who invented It. Elvis popularized it. Chuck Berry was the storyteller. Richard embodied the Spirit of RocknRoll. Maureen and I were so honored being the first marriage he conducted. Were lucky to know him. He lives forever in the Underground Garage.

From 'Tutti Frutti' to 'Long Tall Sally' to 'Good Golly, Miss Molly' to 'Lucille', Little Richard came screaming into my life when I was a teenager. I owe a lot of what I do to Little Richard and his style; and he knew it. He would say, 'I taught Paul everything he knows'. pic.twitter.com/96bOzphhs8

Thank you and goodnight to the architect - #LittleRichard. He was all the best things about pop music and so many of them first. This is my all-time favourite piece about him. From “Role Models” by the sublime John Waters https://t.co/q4dJUJ951e