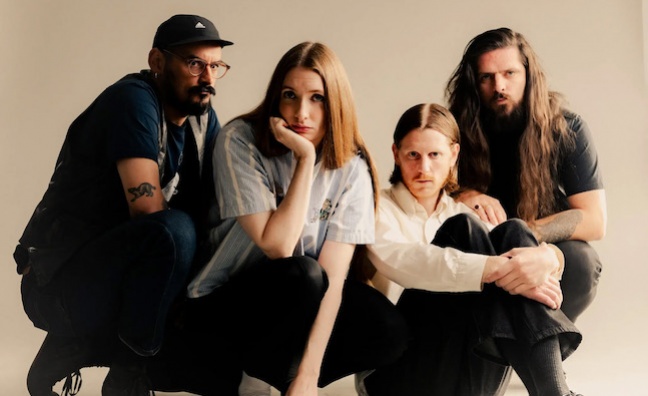 The BPI has revealed details of the 21st round of Music Export Growth Scheme (MEGS) funding.

A total of £500,000 has been awarded to support 28 UK acts as they look to grow their international profile and exports in global music markets.

The scheme, which is managed by the BPI, exists to boost British music exports by supporting small to medium sized music companies, as they build on the commercial potential and profile of their artists in key overseas markets.

It is a partnership between industry and government with joint funding from the Department for International Trade (DIT) and the Department for Digital, Culture, Media & Sport (DCMS), alongside investment from the UK recorded music industry, which contributes almost two-thirds of total spend.

Without MEGS, small to medium sized companies and artists are often not in a position to fully fund all the marketing and promotional work needed to connect artists and fans globally. They also face touring and other costs that are rising rapidly.

The full list of recipients in the latest round is below:

Speaking on behalf of Bear's Den, manager Rowan Brand said: “Looking at the enormous touring costs being faced by internationally-touring acts, many artists are simply not able to take those valuable next steps in the face of the current environment. Thankfully, for many British acts, the BPI's MEGS funding provides critical and career-shaping support to help overcome obstacles and ensure that incredible British music continues to grow across the globe.”

Speaking for Dry Cleaning, artist manager Tim Hampson said: “Dry Cleaning have received MEGS funding at the perfect time in their career. The band have just released their acclaimed second album Stumpwork and will embark on a global touring schedule that takes them well into 2023. The funding will help us accelerate our growth in our target market of North America and will enable us to build our audience through live performance and a detailed focus on the data aspect of our campaign. We are delighted to have the opportunity to leave a lasting impression on fans and in turn set the artist up for repeated visits and growth in the territory.”

British artists have a global reputation for creating, writing and producing amazing music

The £500,000 of funding comes at a time when the UK music industry is aiming to maintain its position as the world’s second largest exporter of recorded music in the face of increasing global competition. While the UK’s recorded sector has in recent years succeeded in growing export revenues, accounting for 1 in 10 global streams, the UK’s share of the global market has slipped from 17% in 2015 to 10% today.

MEGS is designed to strengthen the UK’s ability to compete internationally and to support annual music exports rising to over £1 billion by the end of the decade.

More than 60 UK artists whose music was streamed at least 20 million times worldwide in 2021 are among the 300-plus artists who have received funding through the Music Export Growth Scheme since 2014. Among the MEGS streaming success stories last year were Bicep, Honne, Beabadoobee, Bruno Major, Rina Sawayama, and Wolf Alice, who each accumulated more than 100 million audio streams.

Also supported by MEGS, The Japanese House, Nina Nesbitt, Kero Kero Bonito and While She Sleeps all surpassed 50 million audio streams across the year.

Trade Minister Andrew Bowie said: “The UK is the second largest exporter of recorded music in the world, with artists here accounting for one in 10 tracks streamed globally in 2020. British artists have a global reputation for creating, writing and producing amazing music, and thanks to the Music Export Growth Scheme we are proud to support UK-owned independent music SMEs and artists grow British music abroad."

Geoff Taylor, chief executive BPI, BRIT Awards & Mercury Prize, said: “UK artists know just how valuable the Music Export Growth Scheme has been in helping to build their global fanbases and boost exports. We are grateful to government for their consistent support of the Scheme over the past decade, but with an impressive 13-1 return on investment, we should be more ambitious. The scheme should be expanded further as the global streaming market continues to grow, or we risk missing out on even more potential big wins for the UK.  It’s time to invest to ensure the UK remains a leading global music nation.”

Creative Industries Minister Julia Lopez said: "The UK has a fantastic track record of producing trailblazing musicians who achieve international success. While our music industry remains incredibly strong, emerging stars do not always get the financial backing they need to take their careers to the next level. This funding will help give them the leg up they need to showcase their skills and British culture to the world, while also driving economic growth at home."