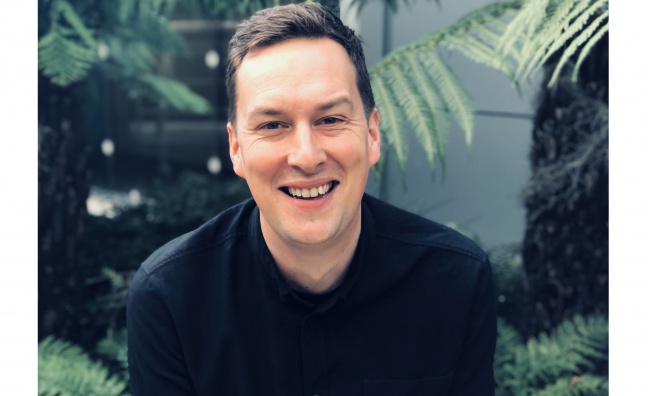 As the old Blues Brothers joke goes, in Nashville you’d expect them to have both kinds of music: country and western.

But now a new event from AWAL, The Other Nashville Society (TONS) and the Nashville Convention & Visitors Corp aims to show that there are many more genres thriving in Music City than you might imagine.

Starting on October 19, the London Artist Immersion Week will represent a “cross-cultural programme designed to build creative relationships and highlight the commonalities” between London and Nashville, by taking up-and-coming UK AWAL acts to the US city for a week of collaborations, panels, parties and meetings with the area’s multi-genre music community. The UK artists include Millie Turner, Litany, Lyamah and Max Rad, who will get to experience such Nashville icons as The Bluebird Café and Ryman Theatre as well as attend some of the city’s legendary co-writing sessions.

Music Week will be hosting a panel conversation during the week to discuss the links between the two scenes – both increasingly important music industry hubs in the new song-oriented industry. So, ahead of the artists heading west, we sat down with AWAL VP of A&R Matt Riley (pictured) and TONS co-founder Katie Fagan – also head of A&R Nashville for Prescription Songs – to get the lowdown on the links between the two cities…

What made you want to get involved in London Artist Immersion Week?
Matt Riley: “Nashville has such a legendary music culture and is increasingly not only synonymous with country music. When this opportunity arose to bring some of London’s artists into that, it felt like a great thing for AWAL to be involved in.”

Katie Fagan: “When we originally came together to create The Other Nashville Society, one of our main goals was to continue to build and foster a stronger bridge between the non-country music scene in Nashville and other music cities around the globe. Truthfully, London was No.1 on our list. A lot of us already do so much business with other creatives in London and Nashville tends to be a favourite stop for UK writers already. There’s a kinship that exists already, and we wanted to continue to foster that.

What do London and Nashville have in common?
MR: “It will be my first time in Nashville so that makes it difficult to answer until I have really experienced it but, from a philosophical point of view, you can see that Nashville, like London, has been always ready to express itself through music culture. Both cities lead the way with recognisable scenes and sounds but also have influence, not only in their respective countries, but worldwide.

KF: “Songwriting. These two cities share a very similar rich musical history and keep songs high on a pedestal, first and foremost. The craft and musicality that goes into the creation of the song is held in its highest regard. Without the song, there is no artist.”

Most people associate Nashville with country. Why is it important to show there's more to it than that?MR: “One thing I have heard about Nashville is that it is filled with an exceptional level of musical talent, people who can really play! When you have such a high level of musicianship, it's obvious that those creators are going to want to express the full spectrum of their ideas, not limited to only one genre. As with London, we have prominent genres, but it's a musical soup which makes it so great.”

KF: “A common misconception is exactly that – that Nashville is only country music. The truth is that at the core of Nashville, it is a songwriter town. It’s the birthplace of true musicianship and storytelling. Creatives come here to learn the craft of writing a song, no matter the genre. A good song is a good song and will rise to the top. People forget that some of the greatest songwriters and artists of our generation started (and some still remain) in Nashville – including Ryan Tedder, Katy Perry, Meghan Trainor, Kings Of Leon and Cage The Elephant. We want musicians to know that all music thrives here, and that you don’t necessarily have to live in LA in order to succeed. All genres are cross-pollinating now anyway, and it’s important for the music business to know that Nashville is the crossroads of exactly that.”

London and Nashville are both songwriting capitals. What can they learn from each other's different approaches?
MR: “Great songwriting often deals in universal truths which can relate to lots of people in different walks of life, expanding your experience of other people's dreams, hopes, struggles and lives is always positive. This on top of different approaches to song structure, recording techniques and exposure to different audiences should hopefully lead to some great results.”

KF: “In Nashville, being a songwriter is considered a 9-5 job. Sessions start at 10 or 11am and end around 3 or 4pm so that everyone can be home for dinner. There is something special about that, but it can also be limiting. The mindset of going into a session and making sure you come out with a song can feel restrictive and can halt your creativity. At the same time, this approach means that you must come prepared with your best foot forward. You must bring multiple ideas to the table, play an instrument or two, and be ready to finish a song within a few hours. I often tell songwriters who aren’t from Nashville that if they plan to come here to write, they need to study up and be ready to play ball. A writer can’t join a session and simply “bring the vibes” – it’s just not how it works here. Outside of Nashville, however, it can be quite different. There is often a later start time, perhaps a lunch break, a couple hours of bonding, and then perhaps a chorus gets done, maybe a verse or two, and before you know it, it’s 2am. The positives here are that you aren’t putting a time limit on your creativity, you are allowing time to simmer and get to know the other writers in the room and you are not forcing an idea to come to light. However, songs can take much longer to finish and a writer could end up only finishing a couple songs a month. Finding the perfect balance between these two ideologies is the sweet spot, but admittedly is hard for many writers to achieve.”

How did you choose the acts?
MR: “It was important to us to choose acts with great potential and the independent spirit AWAL encapsulates, but also we wanted artists on their way up who would relish the opportunity, and perhaps don't have the means to make it to Nashville at this phase in their careers. The artists who are making the trip are eager to collaborate in one of the richest music communities in the world.”

What do you hope they will gain from the experience?
MR: “Hopefully it will be fantastic for them to meet some new people and have an edifying experience collaborating on new music. Being in a new place can also be a reflective experience for them to hone in on what makes them an original voice from the UK but able to express themselves to a different audience with a different culture.”

Why is it important for artists to make international connections early in their career?
MR: “We have seen over the past few years in the streaming era that artists now have an opportunity to go global from day one. However, more than ever before, local artists have to compete on the world stage earlier than ever. Having a global outlook and more connections around the world, especially in centres of great music culture, can be invaluable for artists to stand out from the masses.”

KF: “The most special thing about music is that the language is universal. No matter what you speak in your day-to-day life, we all know that music makes us feel something. 2019 provides opportunities for connection that didn’t exist 10 years ago – establishing these connections early on lays a foundation for a lasting and loyal fanbase.”

What do you hope happens after Immersion Week?
MR: “Hopefully this is a success and something we can repeat. At the very least, it will be a great experience for both communities and if we are fortunate some long-standing friendships can be started and some amazing music created. You can fly direct between Nashville and London now, so hopefully there is plenty more collaboration to come between our two cities.”

KF: “The hope is that this Immersion Week is the first of many. We hope that artists, writers and producers will continue to snowball their relationships made here and turn them into something bigger. We hope that all of the artists who have come to experience our city will return home with a better understanding of everything Music City truly has to offer, and that they will now be able to share their experience first-hand.”