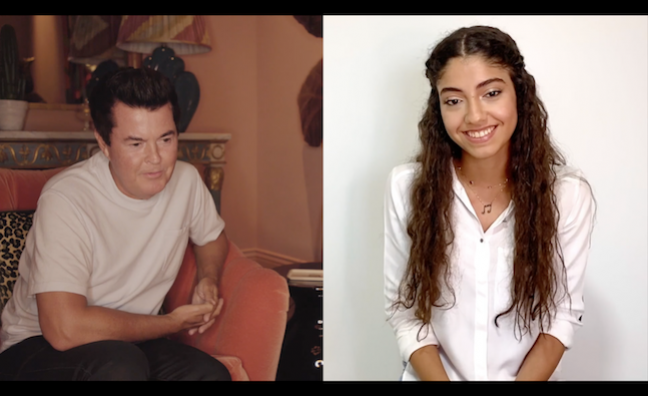 Now United, in partnership with Pepsi, has welcomed its newest member, Nour Ardakani, a singer and dancer from Lebanon.

Now United’s creator, XIX founder Simon Fuller, picked Ardakani after hearing her recording of a new Now United song, Habibi. Thousands of candidates from across the region were reviewed before 13 hopefuls were invited to participate in a virtual audition last week under the guidance of Fuller, choreographer Kyle Hanagami, casting director Kerrie Mailey and selected group members.

Ardakani, who currently lives with her family in Beirut, becomes Now United’s 16th member and will join other group members later this week in Dubai to record and film new music. Now United has quickly built a worldwide social media following of over 100 million fans and was nominated as Best Group in the MTV Video Music Awards in New York last month.

Simon Fuller said: “In Nour, I have found a remarkable young performer. She has natural talent and is a wonderful pure singer with gentle emotion and warmth. However, it is her personality that impressed me the most. She has a calm confidence, a maturity and intelligence far in advance of her age. She comes from an extraordinary part of the world, rich in history, culture and the arts. Nour is the perfect choice and she will make the region and Lebanon very proud.”

Ardakani said: “I’m so grateful for this opportunity to join Now United, to do what I love and represent the country that I love. Singing and dancing is my passion and to be given the chance to do that with so many amazing talents from different countries and cultures is a dream come true for me.”

NOW UNITED AND PEPSI® REVEAL THE IDENTITY OF NEW GROUP MEMBER TO REPRESENT MIDDLE EAST AND NORTH AFRICA ACROSS THE WORLD from Cheryl King on Vimeo.

Commenting on the search, Tamer El Rafie, VP, beverage marketing, PepsiCo Africa, Middle East and South Asia, said: “Now United represents everything we’re proud of in the Middle East – unity, diversity, and creativity. We’re thrilled for Nour as she joins the group and showcases her talent to a global audience. Pepsi has long been a supporter of creative talent and nurtured artistic expression - we’re excited to carry forward this legacy and celebrate the region’s newest talent as art and entertainment bind us together like never before.”