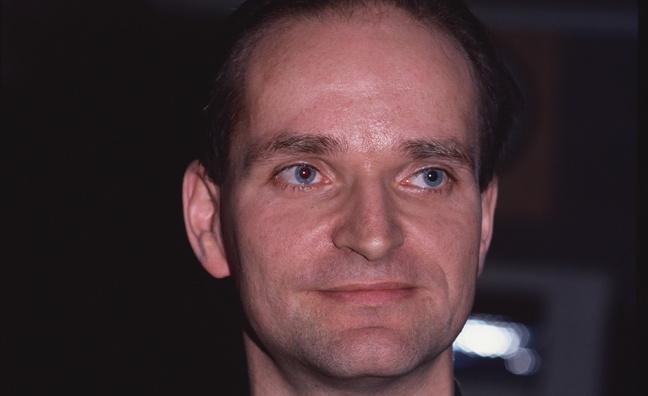 Parlophone and Warner Music have paid tribute to Florian Schneider, co-founder of Kraftwerk, who has died aged 73. A statement confirmed that he died after a short battle with cancer.

The German group are credited with developing synthesiser and electronic music in the 1970s and 1980s.

Schneider (pictured third right), who formed Kraftwerk with Ralf Hutter in 1970, remained in the group until 2008.

Kraftwerk achieved commercial success in the 1980s with EMI, including No.1 single The Model. Parlophone released the 3-D The Catalogue collection to coincide with the band’s 2017 comeback tour.

Parlophone co-presidents Mark Mitchell and Nick Burgess said: “As a co-founder of Kraftwerk, Florian Schneider was a pioneering figure in the history of modern music. It is no exaggeration to say that countless artists would not sound the way they do today if not for Florian’s revolutionary compositions and innovative musicianship. The band’s experimental courage and enormous influence crossed a myriad of genres, from electronic to dance to hip-hop.

“Consummate multi-media artists, Kraftwerk not only broke new musical ground, but created a unique and inspiring visual universe, from their album covers to their state-of-the-art stage productions. All of us at Parlophone and Warner Music Group are honored to be stewards of Kraftwerk’s incredible body of work, and we send our deepest condolences to Florian’s family, friends, and countless fans across the globe. He will be deeply missed.”

As well as a mutual appreciation with David Bowie in the 1970s, Kraftwerk were credited with inspiring the synth-pop boom and acts including New Order, OMD, Depeche Mode and Gary Numan. Coldplay used part of Kraftwerk’s Computer Love in their single Talk.

The current Kraftwerk line-up had been due to headline All Points East this month. The festival is no longer taking place because of the coronavirus.

Tributes to Schneider have poured in from across the music world.

We are absolutely devastated to learn that one of our heroes Florian Schneider has passed away. pic.twitter.com/Y2dnYfxkj8

Such an important influence upon so much of the music we know, from Bowie, to electronica, much of the 80s and beyond into modern techno and rap, Florian Schneider was forging a new Metropolis of music for us all to live in. RIP #FlorianSchneider #Kraftwerk pic.twitter.com/y2nXuAY66e

The Future, The Human League, B.E.F. and Heaven 17 would never have existed without Florian Schneider and Kraftwerk

RIP Florian Schneider. This is what true innovation sounds like. https://t.co/KrX7fmZ8RA

You've no doubt heard the sad news regarding the passing of Kraftwerk co-founder, Florian Schneider, aged 73. A spokesperson said he “passed away from a short cancer disease just a few days after his 73rd birthday”. Read all about Bowie and Kraftwerk here: https://t.co/cLADz972Vm pic.twitter.com/U1lGxfkyFJ

Kraftwerk first played at Colston Hall in 1975 on the Radio Activity tour.

They returned in 2017 with their 3-D show - still pushing music into the future.