'Post Malone could be a very significant artist in 2018': Island Records MD on following up smash hit Rockstar 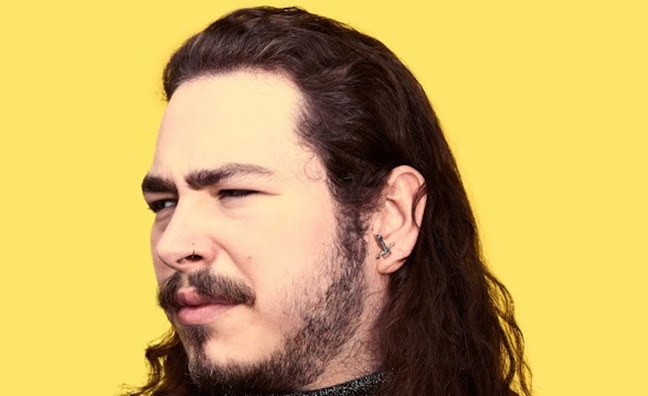 Post Malone’s smash Rockstar is still in the Top 3 this week and has now passed 500,000 sales, according to the Official Charts Company.

Speaking in the latest issue of Music Week, Island Records UK MD Jon Turner has predicted a “massive” 2018 for the rapper.

His single featuring 21 Savage spent four weeks at No. 1 before being toppled by Camila Cabello. The track is the first single from forthcoming album Beerbongs & Bentleys, set to be released early next year.

“He could be a very significant artist in 2018,” said Turner. “I think he will bend a few genres; by his own admission he loves to rap but he loves guitars as well. He won’t fall into any one category, he’ll fall into the Post Malone genre.”

He added that Rockstar was a “ great start to what is essentially the beginning of his second album campaign”.

“The live environment is going to be incredibly important,” said Turner. “He’s built himself up to a place where, when he does tour, it’s going to be a massive show.”