Prize above: How the 2020 Mercury albums have sold so far 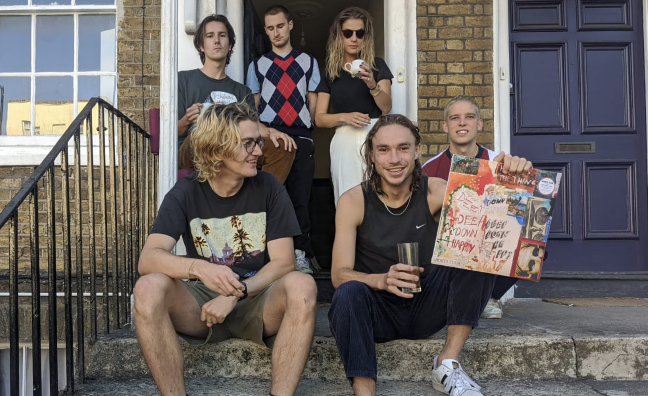 Now that the shortlist for the Mercury Prize 2020 is out, it’s time to take a look at the stats behind the 12 shortlisted albums, as thoughts turn to how they might be boosted by their nominations.

Last year’s winner Dave saw a 98.5% increase in sales for Psychodrama after the ceremony, while previous years have seen a surge in attention for nominated records.

This year, it’s likely that there will be no live show at all, owing to restrictions on events, but the winner will be announced on September 24 nonetheless, and the artists and their teams will await the announcement with no less excitement.

Sports Team (pictured) almost topped the charts with their debut album Deep Down Happy, and take their place on the list as a debut album act.

The band said: “The list of Mercury Prize nominees over the years has included so many artists and records we love, and have spent hours blasting in the van, and trying to rip-off in the studio. To find ourselves actually on that list is incredible.”

“To have my little corner of experimental pop music be recognised like this feels very special, particularly with this album which was created in such a unique and collaborative way during such a unique and unknown time,” she added.

To find ourselves actually on the list is incredible

Stormzy, nominated for a second time, said: “The Mercury Prize has forever been about the art and the music - and that’s what means the most to me. To be nominated for the second time around, on my second album, is truly an honour. Thank you.”

Four-time nominee Laura Marling, another of the artists to release an album during lockdown, said: “Releasing the record as the world turned itself upside down felt quite disconcerting. It still feels odd now, but in what has been such an unusual year, this comes as a nice surprise. I'm also very pleased to be joining the 'four timers' club.”

Jazz drummer Moses Boyd said: “It's an absolute honour to be shortlisted. I've grown up watching some of my favourite artists perform at the awards so it still feels so surreal. There has been some incredible music this past year so I'm very humbled my music has made the shortlist and can shine a light on the creativity in our scene.”

Former Music Week cover star Kano added: “I’d like to thank the people that helped me make this record. They know who they are. It makes us proud for it to be recognised in this way. We’ve all done a group-chat-documented shot of [insert alcohol] in celebration.”

I'm very pleased to be joining the 'four timers' club

Lanterns On The Lake commented: “We’ve always put our hearts into the music we make – but never more so than with this album. With tours being cancelled and everything being put on hold it was crushing to think that the record could be forgotten about. Then, right when we thought the story was over for this album, it gets nominated for the Mercury Prize. What a beautiful plot twist.”

Porridge Radio’s Dana Margolin admitted she could be in line for a haircut as a result of the Secretly Canadian-signed band’s position on the list.

“It's pretty surreal to be shortlisted for the Prize,” she said. “About a month ago my sister asked if I thought we would get shortlisted and I said if we did she could shave a rat into the back of my head, so it's funny that we did. This album took about three years to make, and it was a really emotionally draining and difficult process that constantly felt like it was going to fall apart. I'm so proud of how it turned out, and I'm happy that these songs have resonated with and mean something to other people.”

Check out how each album has sold so far, along with its peak chart position, below.