Róisín Murphy on her acclaimed new LP, livestreaming and being a 'machine' 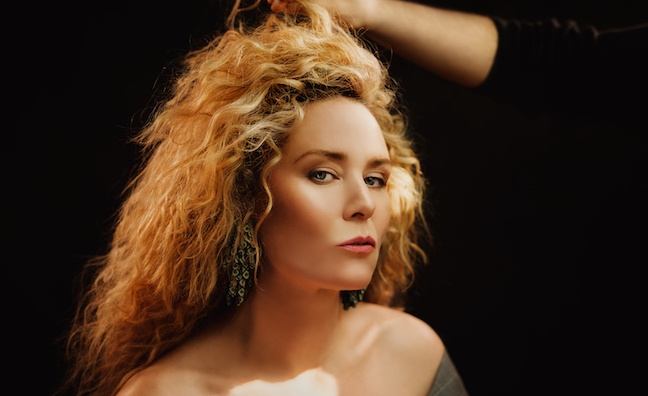 Róisín Murphy has told Music Week her acclaimed new album Róisín Machine was a decade in the making.

The former Moloko vocalist was straight in at No.14 last week with the record (Skint/BMG), which became her highest-charting solo effort to date on the back of first-week sales of 4,724, according to the Official Charts Company.

Murphy said the return of Skint founder Damian Harris to the label as creative director in 2019 helped drive the project.

Speaking in The Aftershow feature in our latest issue, Murphy said: “The first song, Simulation, came out 10 years ago on Permanent Vacation, Jealousy came out on Crosstown Rebels and Incapable on Bitter End. That’s what brought Damian to us. He came back to run Skint under the BMG umbrella and I was the first act he wanted to sign, so it was delightful to find an A&R man who cared and wanted to help. It feels like I’ve been taken out of the wilderness a little bit because of him."

On the inspiration for the album's title, Murphy said: “I am a machine! I do everything: the videos, the creative direction, I decide who the producers are and I’m with the producer until the very last. I worry about the edits and the remixes, I rewrite the biogs, I do everything, so I am a machine. It’s also good because it means that people might learn how to say my name correctly – because it rhymes with ‘machine’.”

Róisín Machine is Murphy's first solo LP since 2016's Take Her Up To Monto (Play It Again Sam). She was previously nominated for the Mercury Prize with 2015's Hairless Toys (17,116 sales).

"It was lovely to be nominated for the Mercury and to do the performance and be among my peers, I could do with a bit more of that," she laughed. "I am a perfectionist and the product itself is as perfect as I can make it, but that's as far as I can go with the expectation.”

Murphy dabbled in livestreaming during lockdown, creating a series of six performances for Homoelectric's 12-hour virtual party back in May.

"It's nice to perform live, but to be able to see very intimately into my face and into my eyes and so on is a different vibe," she said. “You get a lot more of my facial expressions, so it’s more like a film performance than a stage performance, it's a totally different thing.

“Luckily, I’d got into writing on my own with [digital workstation] Ableton for a year running up to [the pandemic]. I don’t write the music, but if somebody sends me a tune I don’t have to go into a studio, I can write it independently. Then I did these little performances from home and really enjoyed them."

Read Murphy's recollections of making the Moloko classic The Time Is Now in Hitmakers here.