'She runs her business as a CEO': Team Ella Eyre talk new music and label deal 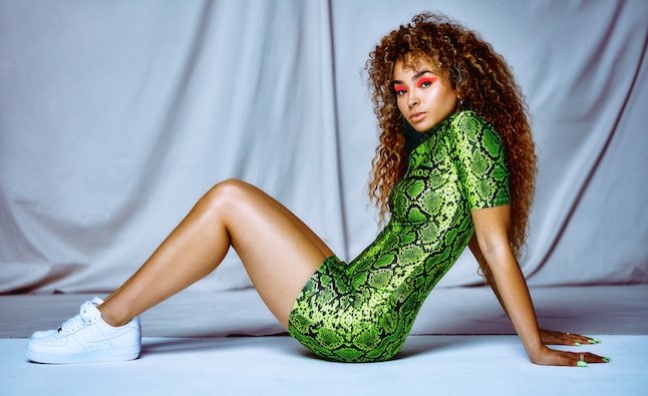 Ella Eyre’s manager Charlie Arme has told Music Week that the singer was drawn to the “renewed energy” at Island Records.

As first revealed in Music Week, Eyre has returned for the next phase of her career and is set to release a sophomore album next year. She dropped new single Mama on Friday (August 9).

Eyre was out of her label contract with Virgin prior to inking the deal with Island. It follows chart success as a featured on Answerphone by Banx & Ranx (also featuring Yxng Bane) and Sigala’s Just Got Paid.

Island ultimately won the bidding war to sign Eyre, who Arme described as a “career artist”.

“We need to make this artist as big as possible,” said Arme, founder of Tileyard. “We talked to many people and many different labels about Ella. There was no shortage of people when Answerphone was on the radio that wanted to be her record label. It was really who did we feel – together with Ella, who runs her business as a CEO – are going to be the best team players. We really felt that the Island team has been a strong team together for years and years. We want to join forces and build this together.”

We need to make this artist as big as possible

Arme said Eyre will release a run of singles before the LP appears.

“We have an album of material,” he said. “It’s a case of when the public demand the album from us. We’ve got the depth and the body of work. The market moves so quickly right now that my advice to any artist is pack your war chest. The world is an on-demand market and we have to cater to that.”

Eyre was reunited with Banx & Ranx for her latest solo material. Arme said streaming has opened up global opportunities.

“It’s really important for us,” he said. “When we started with Ella, we weren’t an international market, we were a very domestic market and times have changed and evolved. We did some groundwork when she was signed to Virgin internationally, but now it’s really a case of building on that and making sure she gets as far and wide as possible and collaborates with artists directly as well.”