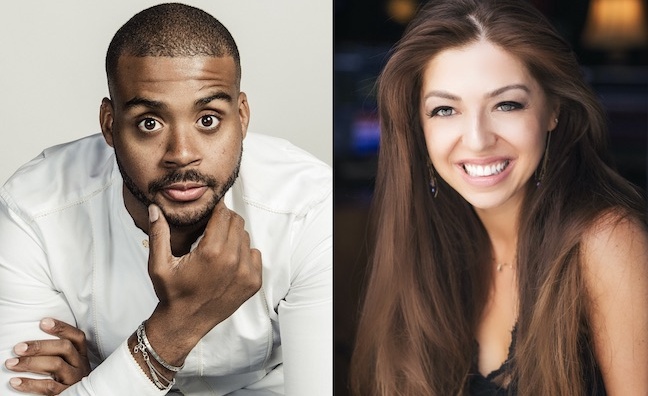 Reinforcing Spitfire’s mission “to inspire a generation of composers”, the initiative will shine a light on the creative practises of leading international music makers and artists while allowing participants to feed into the development of future audio products and provide mentoring to the wider creative community.

Pinar Toprak is an award-winning Hollywood-based composer, whose soundtrack work includes Marvel Studios’ Captain Marvel, DC’s Stargirl and the Sy-Fy Superman prequel series Krypton. Captain Marvel was the first major superhero movie to be scored by a woman, and the first female-composed film to take more than $1 billion at the box office.

Her work has been recognised with numerous accolades, including the 2019 ASCAP Shirley Walker Award and a 2019 IFMCA (International Film Music Critics Association) Best Original Score for a Documentary Film award for The Tides of Fate. Toprak had previously won two other IFMCA Awards for her work on The Wind Gods and The Lightkeepers. The latter was also shortlisted for an Academy Award in 2011 for Best Original Score.

Beyond his composition work, Bowers has recorded and performed with artists such as Q-Tip, Aretha Franklin, Ludacris, Christian Rich, Jay-Z, and Kanye West and contributed to albums by Marcus Miller, José James, Moses Sumney and Murs.

Both are advocates for greater diversity in composition, and are regular users of Spitfire Audio’s products and services. Spitfire’s virtual instruments and sample libraries are used by more than 1.5m creators around the world.

Toprak recently oversaw a competition for Spitfire users to reimagine an exclusive clip from Stargirl with their own original score. She takes part in internal and external mentoring sessions with Spitfire users in a bid to raise visibility and inspiration around the world of scoring and composition.

Pinar Toprak said: "It is an absolute honour and pleasure to be a part of the Spitfire Audio family as an ambassador. Spitfire libraries are not only superbly recorded and incredible sounding but also very intuitively designed and inspiring to create with.

“This partnership is an organic one for me as I could not imagine my template without Spitfire libraries, including Albion, BBC Symphony Orchestra, Eric Whitacre Choir, Olafur Arnalds Evolutions and many more. I am thrilled for this collaboration and very excited about what we can do together to inspire musicians across the world."

Kris Bowers said: “From the very first samples I ever purchased, to the projects I work on today, Spitfire libraries have always been an integral part of my writing process. These libraries became even more important during the pandemic as projects like Bridgerton required a hybrid approach of blending MIDI with the live players we recorded remotely. Whenever I’m asked to recommend libraries, Spitfire is always the first name I give."

Will Evans, CEO, Spitfire Audio: “I am so proud that we can bring Spitfire Audio’s ambassador programme to life, and with two world’s most exciting composers. Despite being in the early stages of their careers, Kris and Pinar have both continued to raise the creative bar and smash barriers. We believe they will be an inspiration for others to follow and learn from.

“It’s such a hugely exciting time to be a composer, and combined with the innovation and products offered by Spitfire, we hope the programme encourages all music-makers to think outside the box and embrace the growing opportunities that exist beyond the traditional recording and live sectors.”